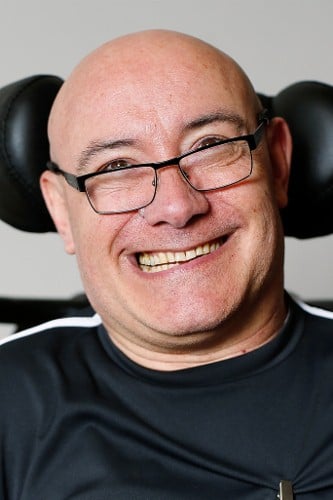 Roberto Zomero suffers from quadriplegia as a result of a birth trauma and can therefore make no use of his upper or lower limbs. He began his schooling at the age of 6, successfully completing primary and secondary school despite his disability. He then attended the painting and ceramic courses at the "Gaetano-Negri" school in Milan. He followed this by gaining admission to the "Brera" Academy of Art, completing his studies with distinction.

In 1986, Roberto Zomero was given a scholarship by the Association, which enabled him to concentrate more intensively on mouth painting. In 1990, he moved to a small village in the province of Cremona. It is here that he finds the stimuli for his painting every day, immediately transferring the motifs to the canvass. His preferred subjects are flowers and landscapes. In 2000, he became an Associate member of the VDMFK. As a result, he has been able to participate in numerous exhibitions in Italy and abroad, one of the consequences of which was regular press reporting about Roberto Zomero.