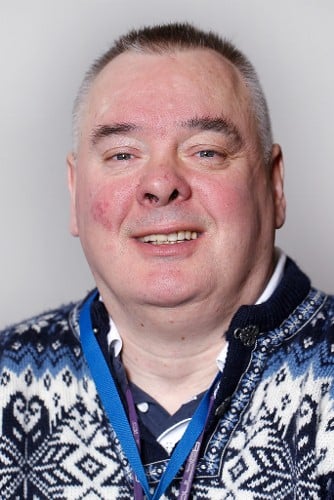 While studying to become an electrical engineer he fell off a cherry tree, resulting in him becoming tetraplegic. During his stay at a rehabilitation centre he started to write poems. Initially he did so to pass the time, but later he was able to publish three collections of poems. As cultural director of the "Association of Tetraplegic Persons" in Slovenia, among other things, he organised painting courses and thus became involved in mouth painting himself. He became a Student Member of VDMFK in 2003. From 2009 to 2011 he was an Associate Member of the Association and in 2011 he was admitted to VDMFK as a Full Member.

Benjamin Znidarsic prefers to paint in oils. His predilection for animals, landscapes and children is evident in his artwork. Due to his great thirst for action he has already had several solo exhibitions. He has also shown his work and skill at numerous group exhibitions.