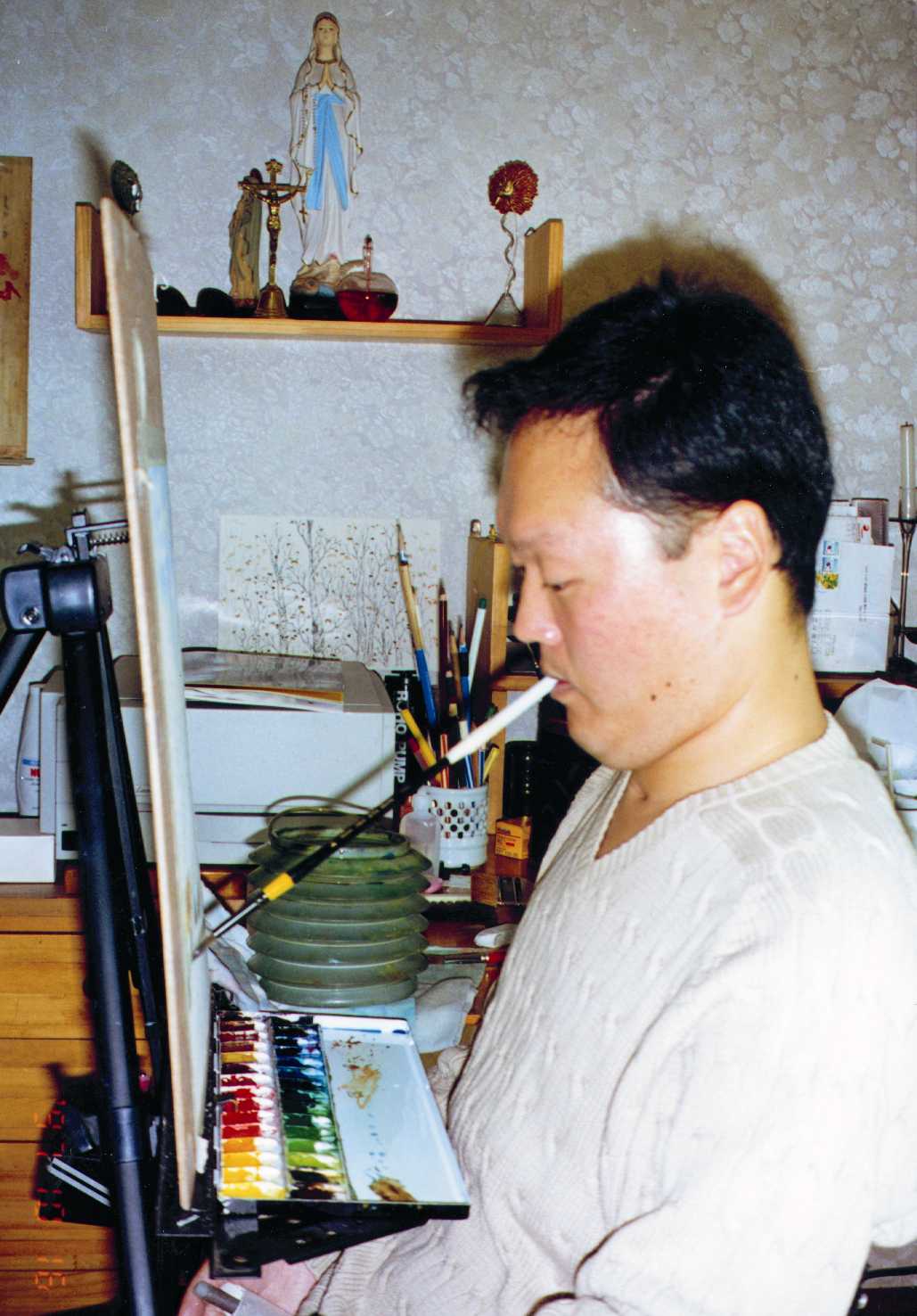 Hyung Jae Yim was born on 28 February 1968 in Seoul. He studied agriculture, as he was to take over his parent's farm one day. In his second year of study, he hurt a neck vertebra in a game and has been paralysed on all limbs since then. However, he had already been interested in painting before his accident and even wanted to study art, which his parents forbid. In February 1968, he started painting with his mouth and has been receiving private lessons since July 1996. The artist prefers landscapes in saturated colours. He has taken part in several collective exhibitions.