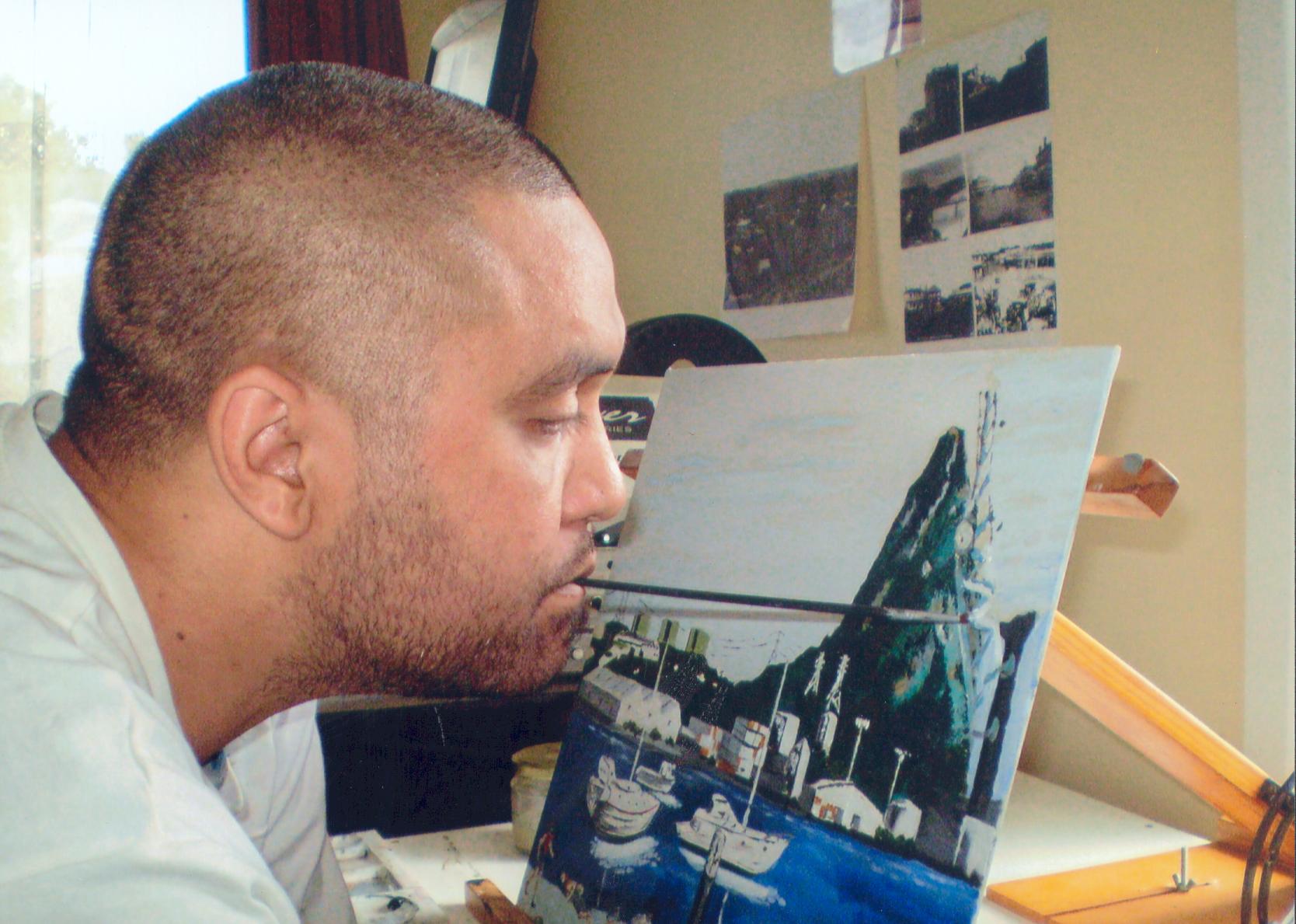 Christopher Waretini was born on 13 February 1982 in Te Kuiti (New Zealand). In March 2004 he suffered a grave injury to the spinal cord at the C5/C6 vertebrae (tetraplegia) and is therefore unable to use his extremities in any way. During rehabilitation he decided to return to his family in Taranaki where he subsequently found a property that was suitable for the disabled and was near the hospital. As art had always been a passion of his, he started to paint with the mouth in July 2001, in an autodidactic manner. The artist was soon able to make considerable progress and he uses various techniques, from charcoal to oil, as well as modelling clay for textural effects. In the meantime the artist has won several prizes, including a commendation at the Bruce Hopkins Awards and the Alex Craig Award for the most promising artist of the year 2007.