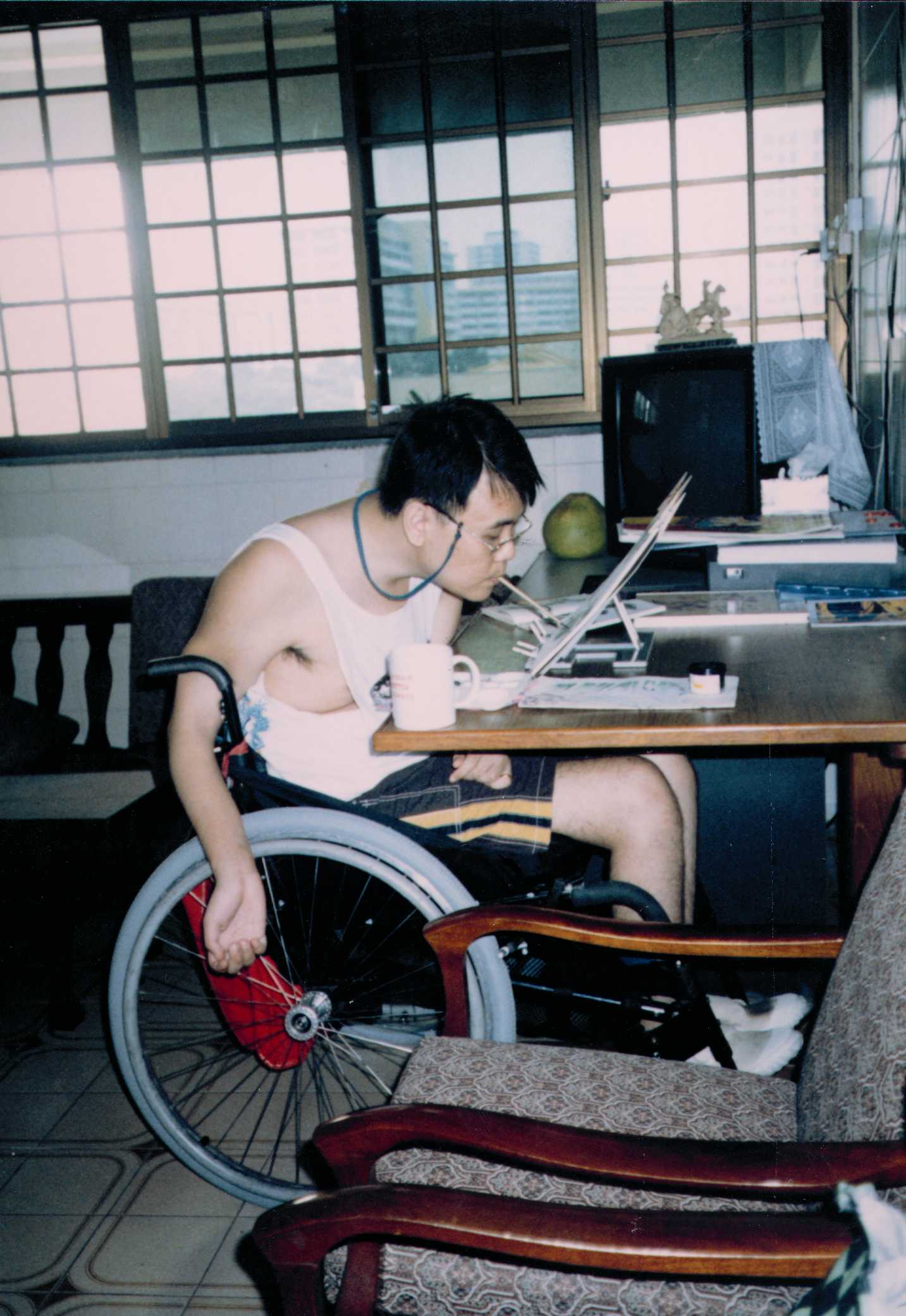 Wan Tack Wei was born on 3 July 1970. He has been a fan of the air force all his life and wanted to join it ever since he was a little boy. When he was awarded a scholarship by the Singapore Air Force, he took the opportunity and began to study electrical engineering at the Air Force Polytechnic. In addition to his studies he was a member of the swimming team and attended training regularly. In May 1990, shortly before his 20th birthday and after receiving his diploma in electrical engineering, he dived into the pool, hitting his head so hard that he broke his cervical spine (C5-6). In 1994 he met the mouth painter Gilbert Tan Yue Liang, an associate member of the VDMFK. Gilbert Tan's ceaseless efforts to encourage Mr Wei to paint with his mouth were rejected at first. Only in 1996 did Wan Tack Wei first attempt to paint with his mouth. Since 1997 he has been trying hard to improve his skills as an artist.