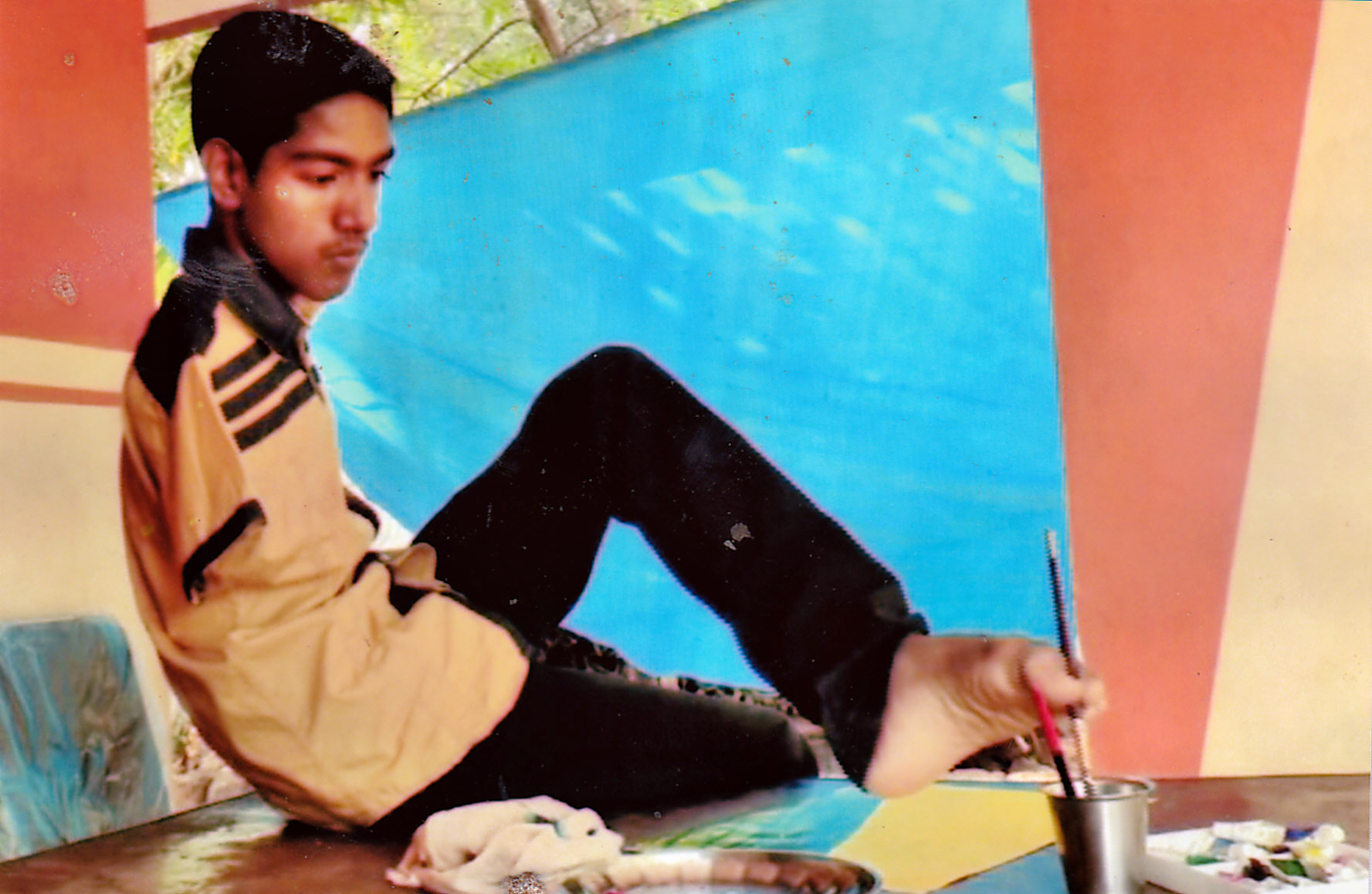 Vyshak Kooleri was born without arms on 1 October 1994. During his years of basic schooling the teachers at the U P School Ettukudukka in Kannur encouraged him to learn to write with his foot. He completed his compulsory school education and attended the Cheemeni Higher Secondary School in Kasaragod where he achieved very high grades. He wrote both his final examinations with his left foot. Vyshak is now a second year history student at Payyanur College in Kannur, Kerala. Vyshak already taught himself to draw and paint pictures with his foot at primary school. He received encouragement from his parents and teachers in these attempts. At the time he began to take part in several art and painting competitions and received a number of special awards. Apart from school exhibitions his pictures were selected for an art show organised by "Sarva Shiksha Abhiyan" (the "Government of India's flagship programme for achievement of Universalization of Elementary Education"). In 2011 Vyshak met the Indian foot painter Ganesh Kumar (a VDMFK Student Member) and visited him on occasion to learn the basic principles of painting. This is how he learned of the existence of the VDMFK. Landscapes are one of the artist's favourite motifs which he prefers to depict using the technique of watercolour painting.