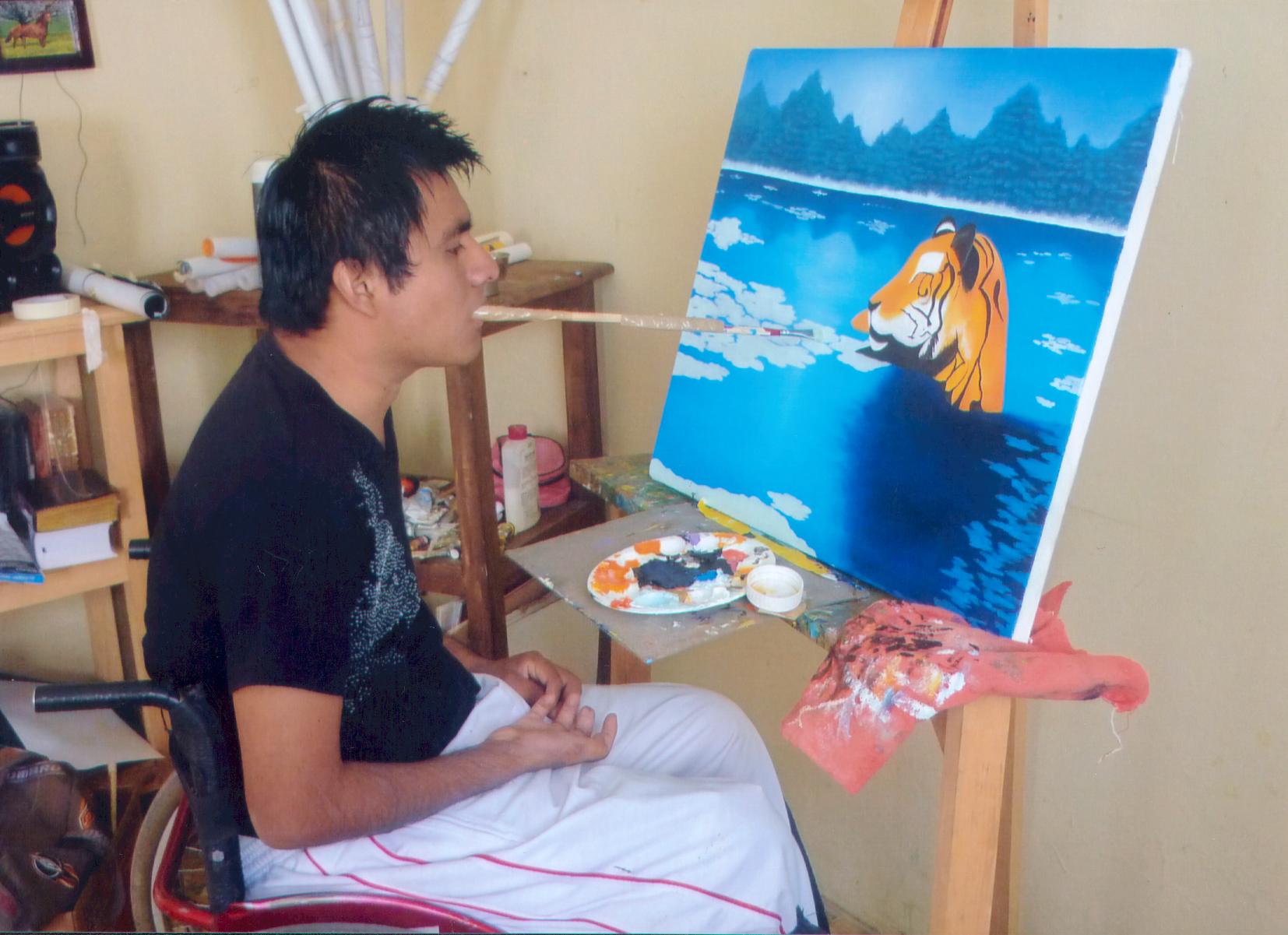 Moises Velasco Estela was born on 25 November 1989 in Loma de Cedro, San Lucas Ojitlan, Tuxtepec (Mexico). He had a serious accident in 2008, where his spine was damaged at the height of cervical vertebra C5, and since then he has not been able to use his arms or legs. Before his accident, he was studying to become an electromechanical technician, in a preparatory course (CONALEP). In one of his therapy sessions, he asked his therapist whether he could recommend someone, who could teach him to paint with his mouth. The therapist introduced him to the VDMFK scholarship holder and mouth painter Ixmael Martínez Ibarra, who subsequently taught him for a few months. Afterwards, he decided to attend the school "Centro Cultural de Zapopan, Jalisco", where he proved his talent for painting. Moises Velasco Estela has now participated in several exhibitions.