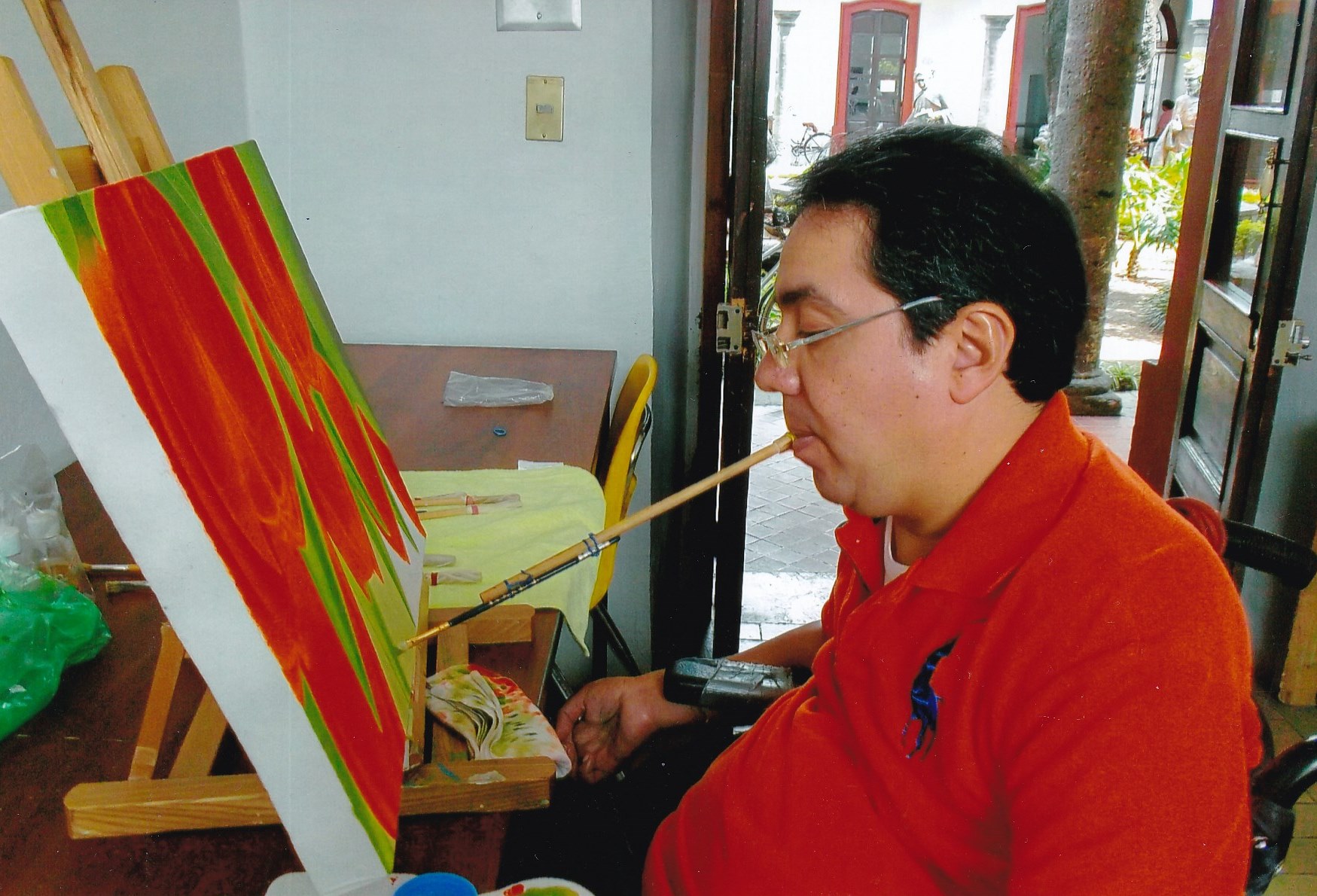 Edgar Vazquez Martin del Campo was born on 22 January 1974 in the city of Guadalajara, Jalisco, Mexico. He is the third of six siblings. His childhood was not easy due to his parents' separation. He liked sports such as football and swimming as well as lots of other games. His preparation for school in terms of pre-school was in the Francisco Silva Romero in Colonia Jardines de la Paz. He had his first lessons in school 210 in Colonia Las Aguilas, Zapopan. At the age of 13, his father decided to move to Chihuahau for a year. He then lived with an aunt and studied for the first year in a secondary school. Aged 17, on 24 March 1991, he went to Chapala Lake with a couple of friends without his parents' permission. This is where the accident happened. On a van which lay in the lake, he climbed up onto the back of the lorry with his cousin and his friends. While they were playing, some sort of nail was thrown to him and hit him. This caused him to suffer a serious blow to his lower jaw and, at that moment, he was no longer able to move his limbs. He began to sink down in the water. His cousin and his friend rescued him immediately and took him to the Red Cross. From there, he was taken to the casualty department of the public hospital in Guadalajara. The next day, he was taken to the Beata Margarita hospital where he underwent surgery. He suffered a lesion of the C5 vertebra of the spinal cord. Following this, he had pneumonia and was intubated for several days. After that, he had two more operations. Finally, this was followed by rehabilitation in the medical central of DIF and at home. Since then, a lot has changed in his life and his parents' lives. The financial situation for his parents was difficult following the accident. Even life at home became more complicated and the family had to live with their relatives. He then had the opportunity to attend the Instituto Cultural del Sol, where he studied for a diploma in Graphic Design and a course in 'Office' and the maintenance (service) of PCs. He looked for work in the design of business cards, logos, triptychs, etc. He wanted to find a way of working that would suit his possibilities at home. Then he met Saul Lopez, a Scholarship Holder of the VDMFK, in an IMSS hospital where they bumped into each other because of a doctor's appointment. Saul told him about the association of mouth and foot painting artists, and about the demands and advantages of the association's scholarship. He showed Edgar his pictures. Later, he saw Saul Lopez in an interview and recognised him again. He got into contact with him and invited him to his house. Saul gave him the opportunity to try out his materials and taught Edgar how to paint with his mouth. From this moment on, he decided to learn how to paint using his mouth. He looked for a school where he could take painting classes. One day, he learned of an art school on Canal C7 Jalisco. He enrolled himself in the art school Excuela de Arte Plasticas Artesanias y Oficios Angel Carranza. The teacher, Coffeen, gave him painting classes. This cultural centre is in San Pedro Tlaquepaque, Jalisco. He feels very happy and hopes that he can one day realise his dream of being accepted into the association of mouth and foot painting artists.