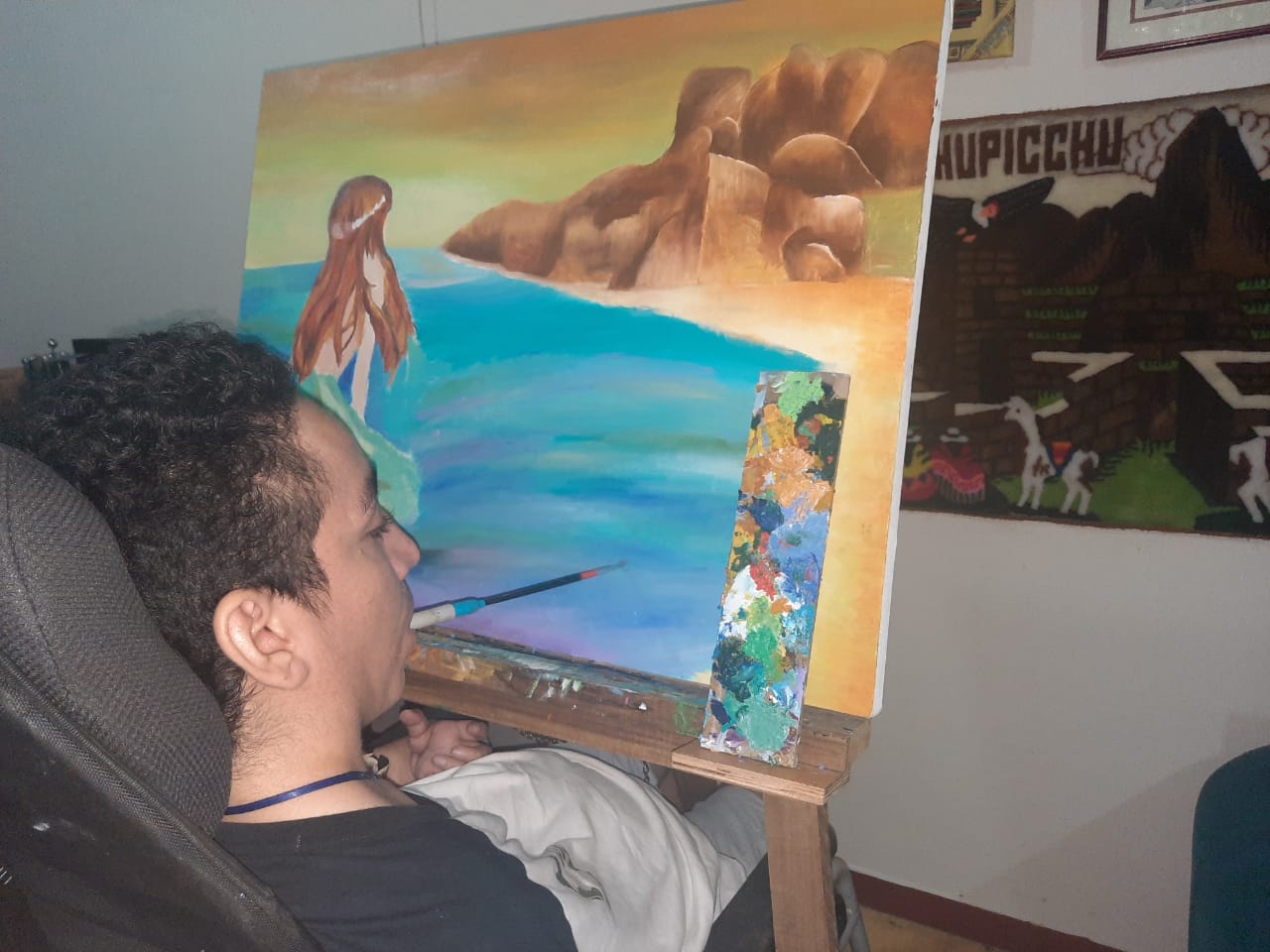 Cristian Humberto Vasquéz Casilimas was born on 5 July 1990 in the town of lbagué. He lives with his mother, two of his four sisters and two nephews; without doubt they are his main support and the driving force behind his life. On 23 April 2006 he was involved in a traffic accident when he was travelling as a stowaway on the loading area of a truck. The accident caused a trauma of the spine, which resulted in quadriplegia. Cristian Humberto studied business administration, and for almost two years he has also been attending painting tuition under the guidance of Professor Carlos Parra.
He teaches several people who like himself have mobility problems in their upper limbs. He heard about the Association of Mouth and Foot Painting Artists of the World thanks to the media, social networks and a friend. In painting Mr Vasquez Casilimas has found a way of distracting himself from the problems and / or difficult situations that he sometimes encounters.