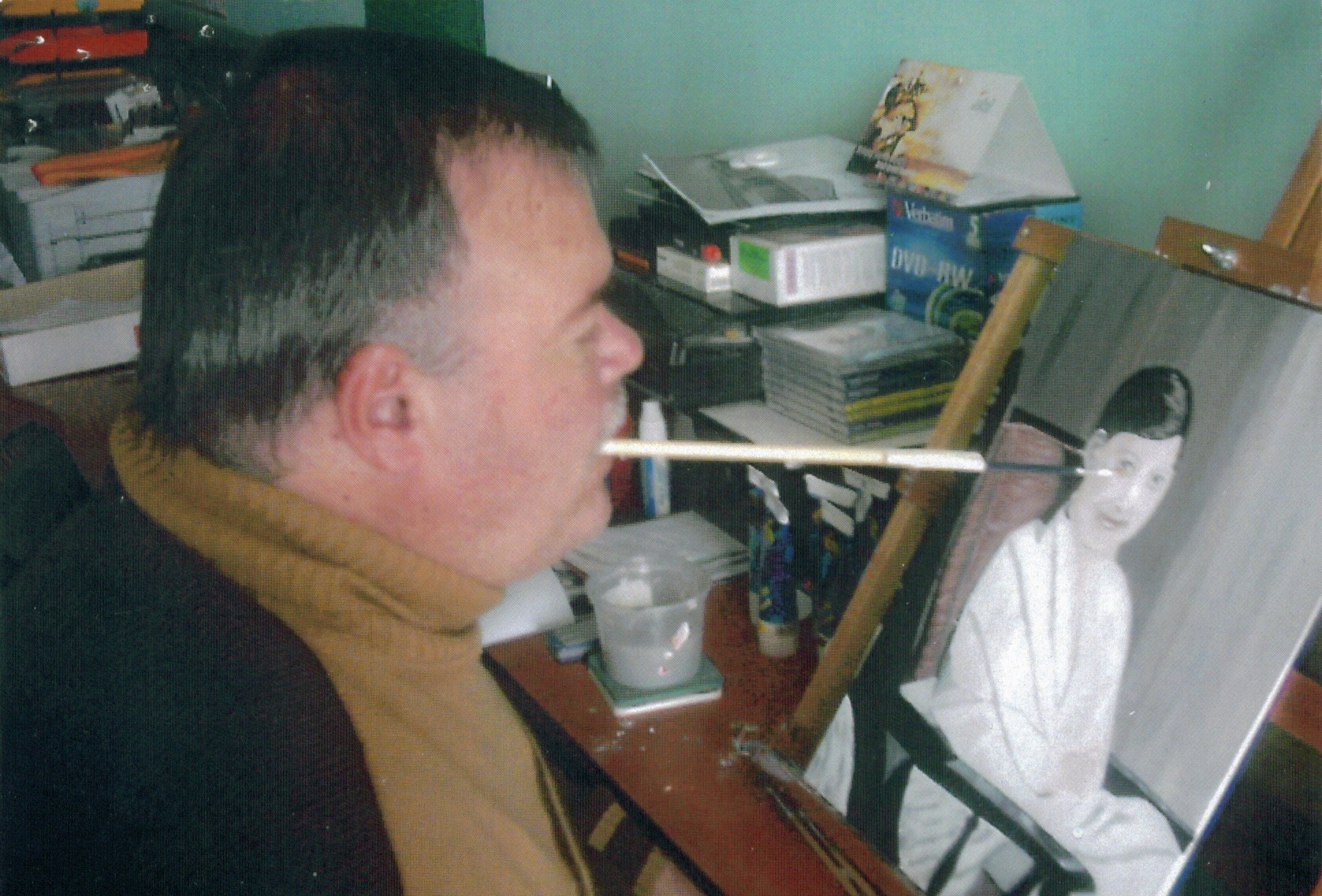 Shortly after his birth it was discovered that Michel van der Westhuizen suffered from a hereditary disease called "Kugelberg-Wielanders disease", or spinal muscular atrophy. As this condition causes motoric weakness, the progression of the disease has cost him the use of arms/hands and legs. He became interested in mouth painting at the end of 2002, when former VDMFK student member Susanne Kiesling-Wahl still taught mouth painting. He enjoyed it very much and sees every painting as a challenge.