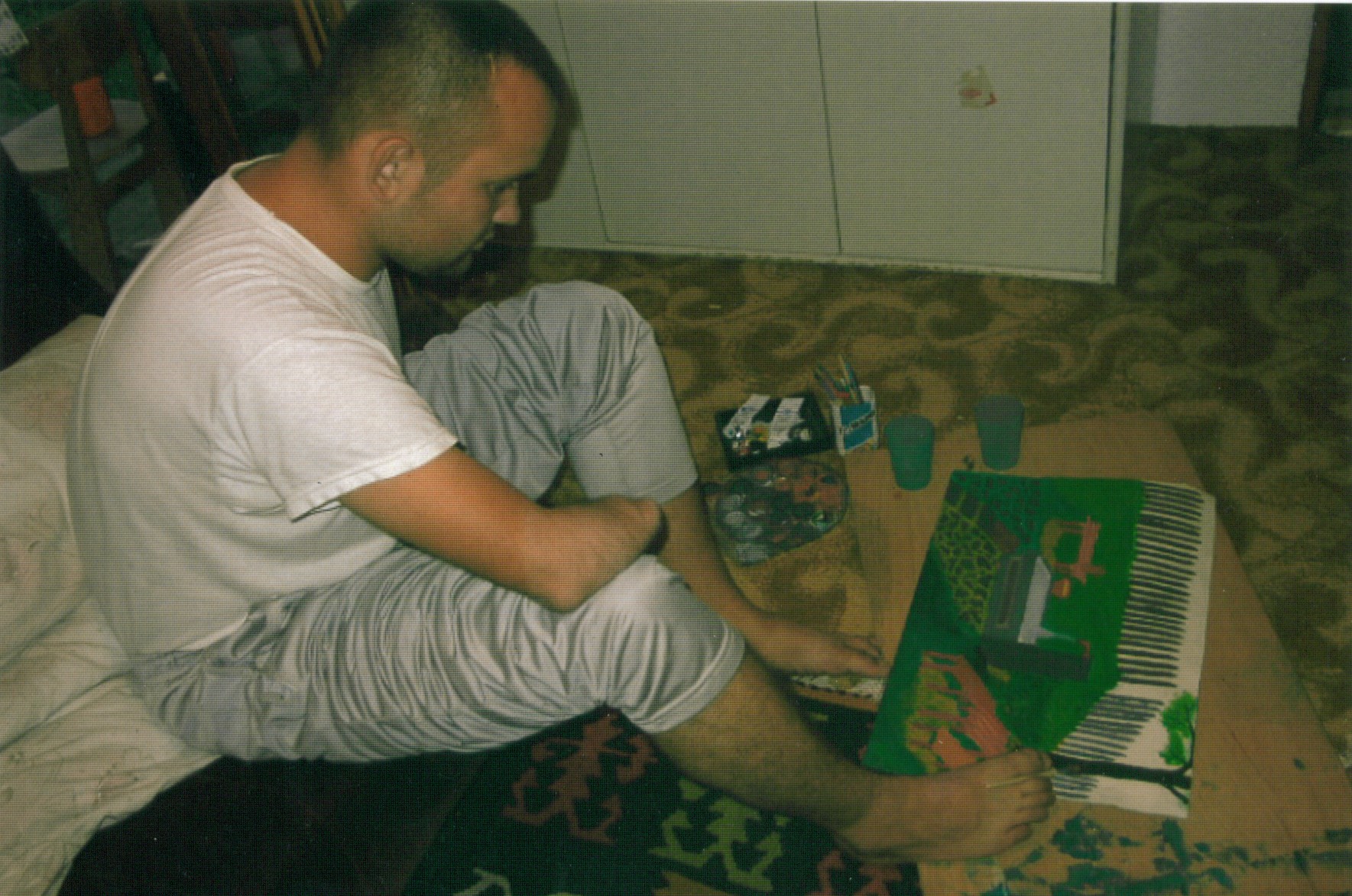 Born on 29 December 1981 in Travnik. On account of an injury that he suffered during the war in 1992 his left arm had to be amputated from the shoulder as well as part of the right forearm. In 1996 he made the first attempts at painting using his right foot. Autodidact. On account of the difficult situation he had to give up painting several times. In 2004 he became seriously involved in foot painting.