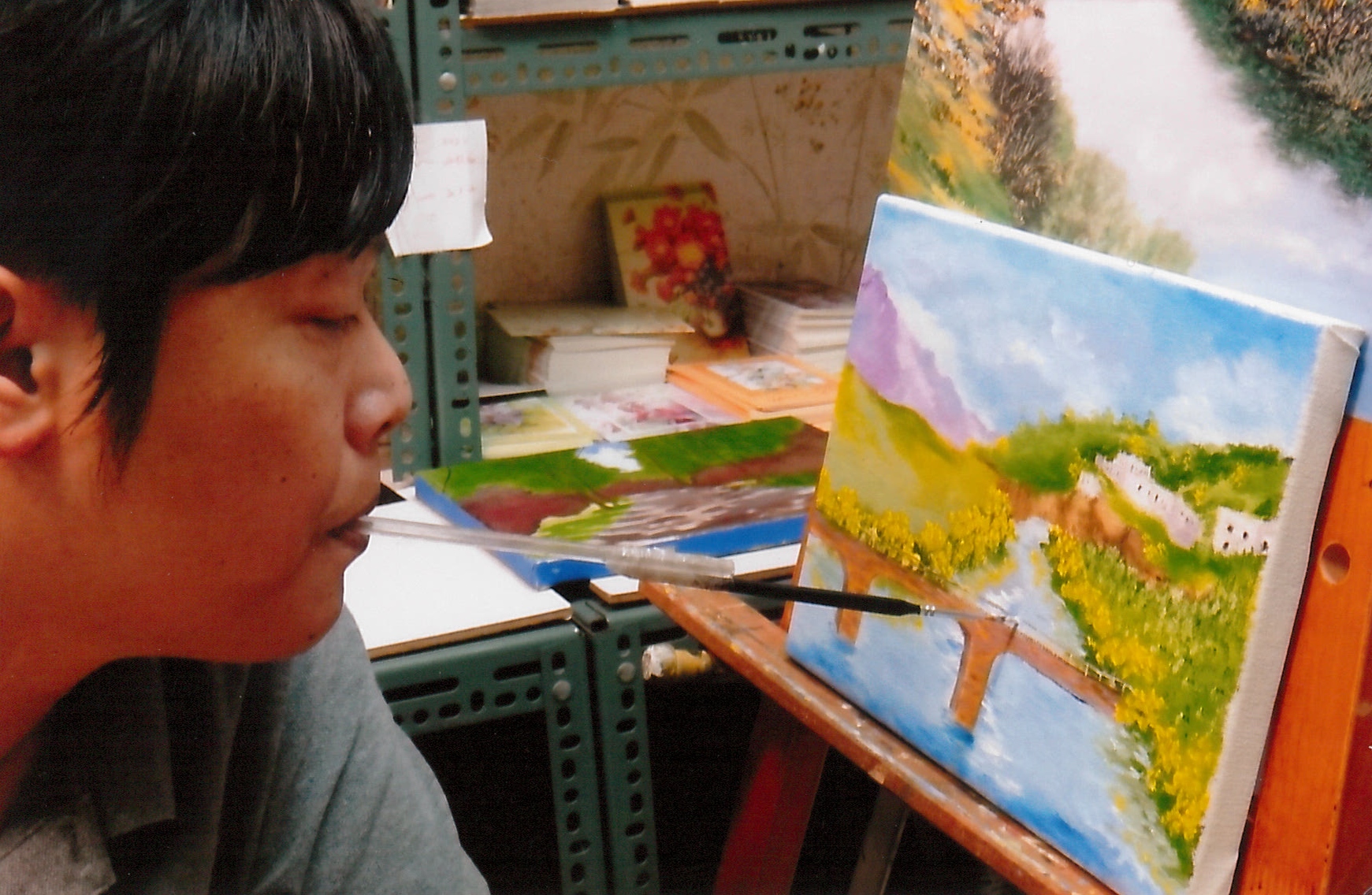 Chi-Hsiung Tzeng was born on 7 July 1978 in the town of Pao-Chung in the county of Yun-Lin, Taiwan. After completing junior high school, he worked part-time alongside his studies. He worked in a car repair shop manufacturing plastic fibres and also as a construction worker, in order to support his family. He was thus able to gather extensive work experience until 30 November 2001, the day which was to bring the turning point in his life. He was, in fact, accidentally caught up and dragged along by a lorry and pressed against a mountain. It was not till he fell into a ditch that he came to a halt. The results of the accident were devastating: ever since, he has suffered from damage to the cervical vertebrae 4, 5 and 6, which resulted in the paralysis of all his limbs. Thus, his life in a wheelchair began. After being discharged from the Linko Chang Gung Memorial Hospital, he spent 14 months recovering at the rehabilitation centre in Taoyuan, where he successfully completed a self-management training course in coping with daily life. During a subsequent stay at the rehabilitation hospital in Zhongshan in Taichung and an occupational therapy programme that was run there, he initially trained in handling computers and their software programmes. This specialisation did not bring Tseng the desired success, as he was unable to find work with his newly acquired skills. A friend drew his attention to oil painting, and he began painting by mouth. Thanks to receiving in-depth instruction from the painting teacher Lee-Ying Ruan and the encouragement of VDMFK Board member and mouth painter Kun-Shan Hsieh, he made significant progress. In the meantime, he has successfully participated in several painting contests and exhibitions in Taiwan.