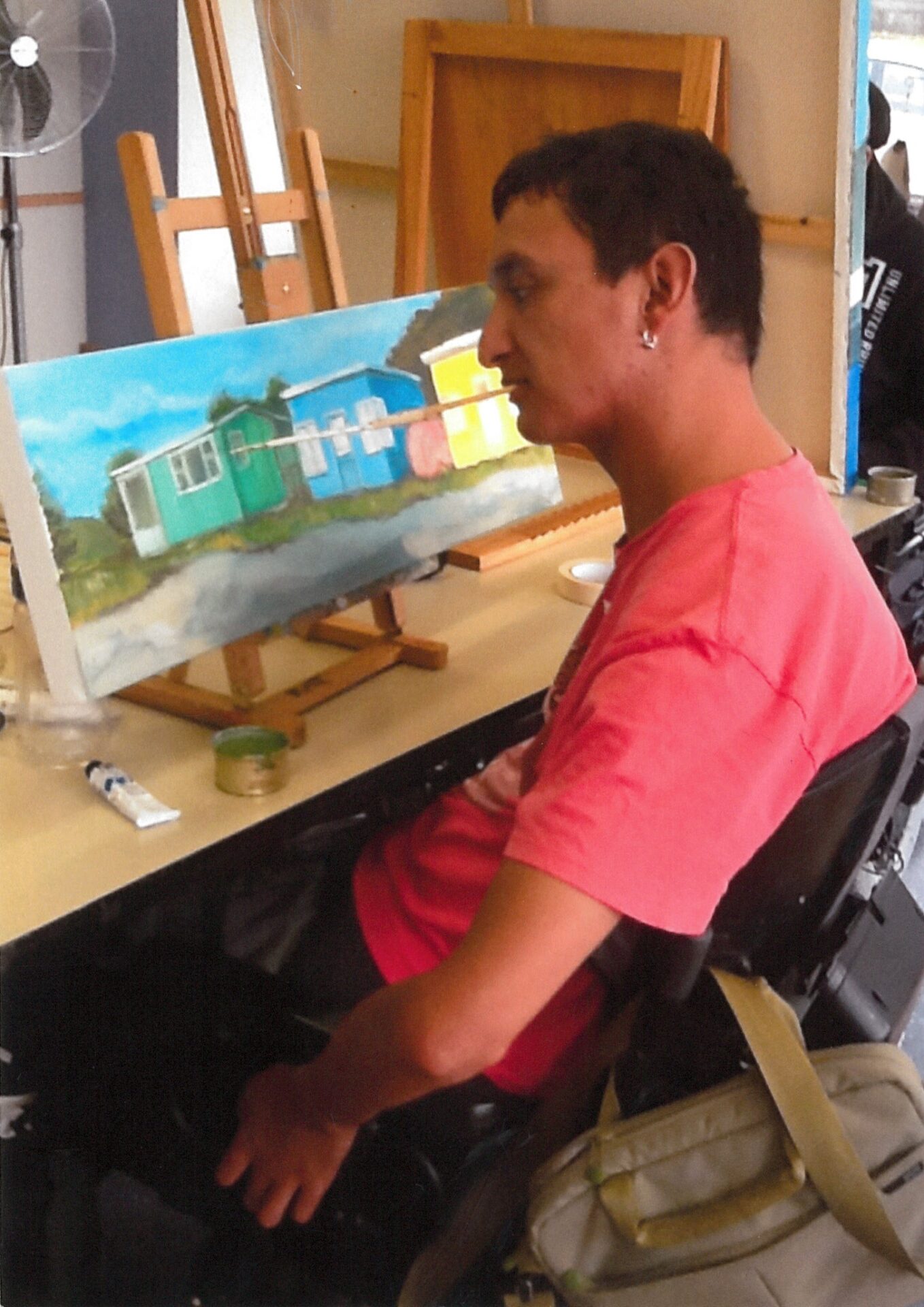 Richard Tuki was born on 17 January 1981 in Tara Naki, New Zealand. During the Christmas holidays of 1999, while body-surfing in the mountains of Tauranga, he had a disastrous accident in which he sustained a traumatic injury of the spinal cord in the area of the C4 and C5 vertebrae. Since then, he has been unable to use either his arms or legs. During his rehabilitation at the spinal cord injury unit in Auckland, he became friends with the VDMFK artist Wayne Te Rangi, who inspired him to begin mouth painting (1999). Although the artist had already been studying Graphics and Design at high school before his accident, and thus had a more in-depth understanding of art, mouth painting was nevertheless a new challenge for him: however, he overcame it with flying colours - for, in 1999, the artist won the Bruce Hopkins Prize for the most promising mouth painter. Richard continually trained himself further in mouth painting techniques through self-study. He later received private painting lessons from the renowned artist Robin Binsley, and succeeded in making remarkable progress. The artist's favourite motifs are landscapes, portraits and still lifes.