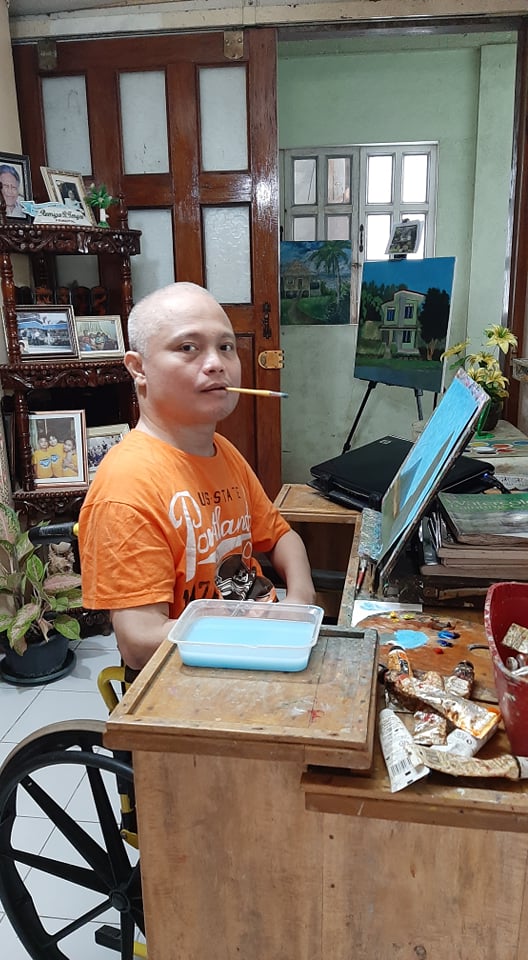 Julius Tongco was born on 27 November 1975 in Tagbilaran City, in the Philippines. In 1995 he graduated from his Maritime Transportation course with a Bachelor of Science degree. From 1997 he was employed by the Eurasian Maritime Corp. On 23 August 2004 he suffered a spinal cord injury in a diving accident, and since then he has been completely paralysed from his shoulders down to his feet. During one of his visits to an orthopaedic hospital he saw a mouth painter exercising his artistic skill. He wanted to do something that meant he did not have to hide from the public, so his parents installed a little table in front of his wheelchair, and collected white A4 paper, colouring pencils, cheap paintbrushes and a children's watercolour paint box. Julius Tongco finds the inspiration for his paintings in nature.