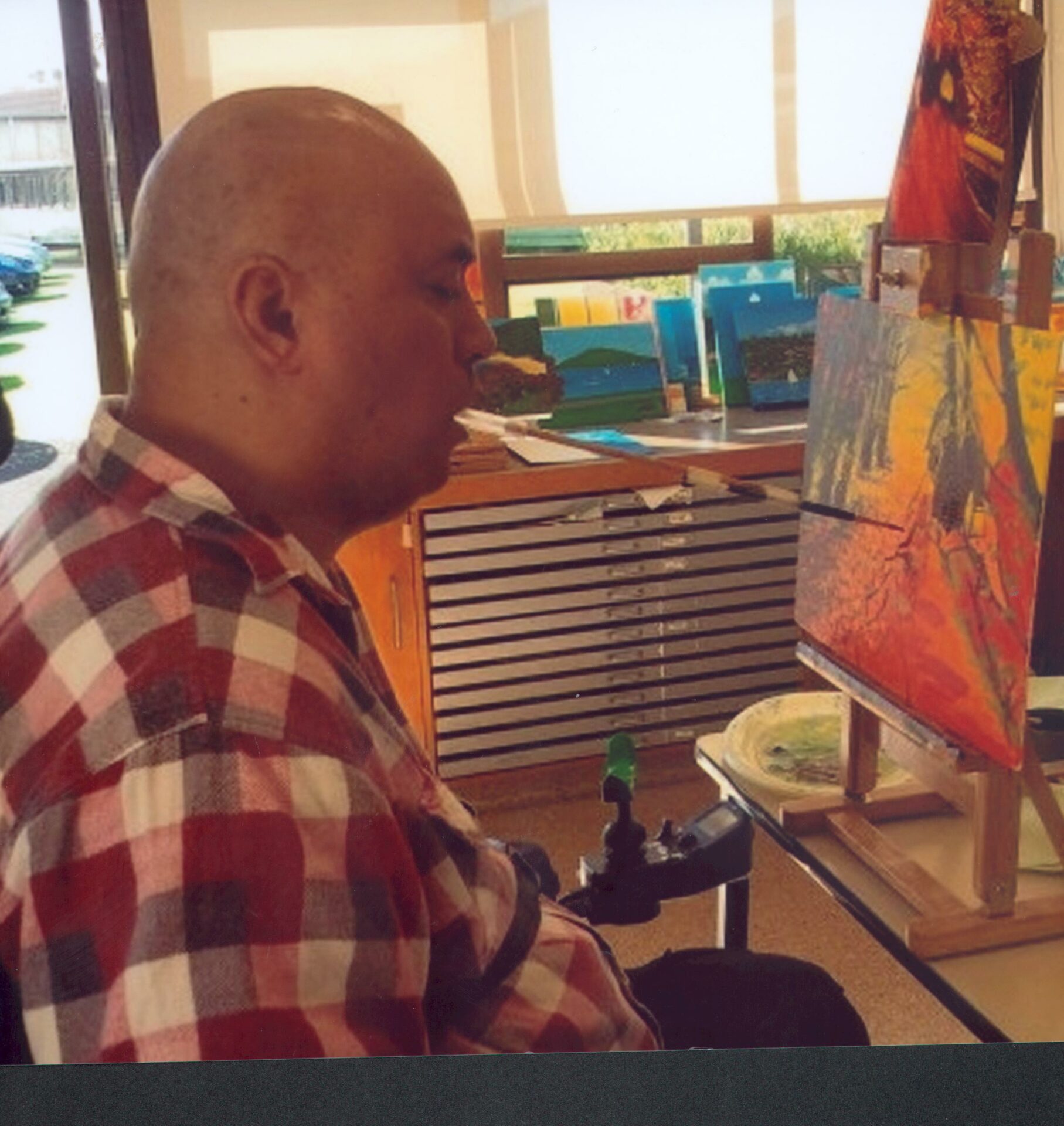 Dayna Tiwha was born on 23 July 1972 in Taumarunui (New Zealand). Even as a child, Dayna received art and music lessons. Later at boarding school, he chose art as one of his examination subjects. In April 2000, at the age of 27, he broke his neck during a rugby game. He suffered a comminuted fracture of the cervical vertebrae C4 and C5. As a result, he can now only move his head. Later, he got to know the VDMFK scholarship holder and mouth painter Wayne Te Rangi, who wanted to introduce him to mouth painting. Initially, he was not very interested in this. It was only in the course of occupational therapy at the Otara spinal unit that he started to mouth paint intensively in May 2011. In the mean time, he also receives regular painting lessons from the New Zealand VDMFK scholarship holders and mouth painters Murray Cohen and Robyn Martin Payne. The artist found great inspiration in mouth painting, and has now created many original pictures. He has already presented his pictures at various exhibitions.