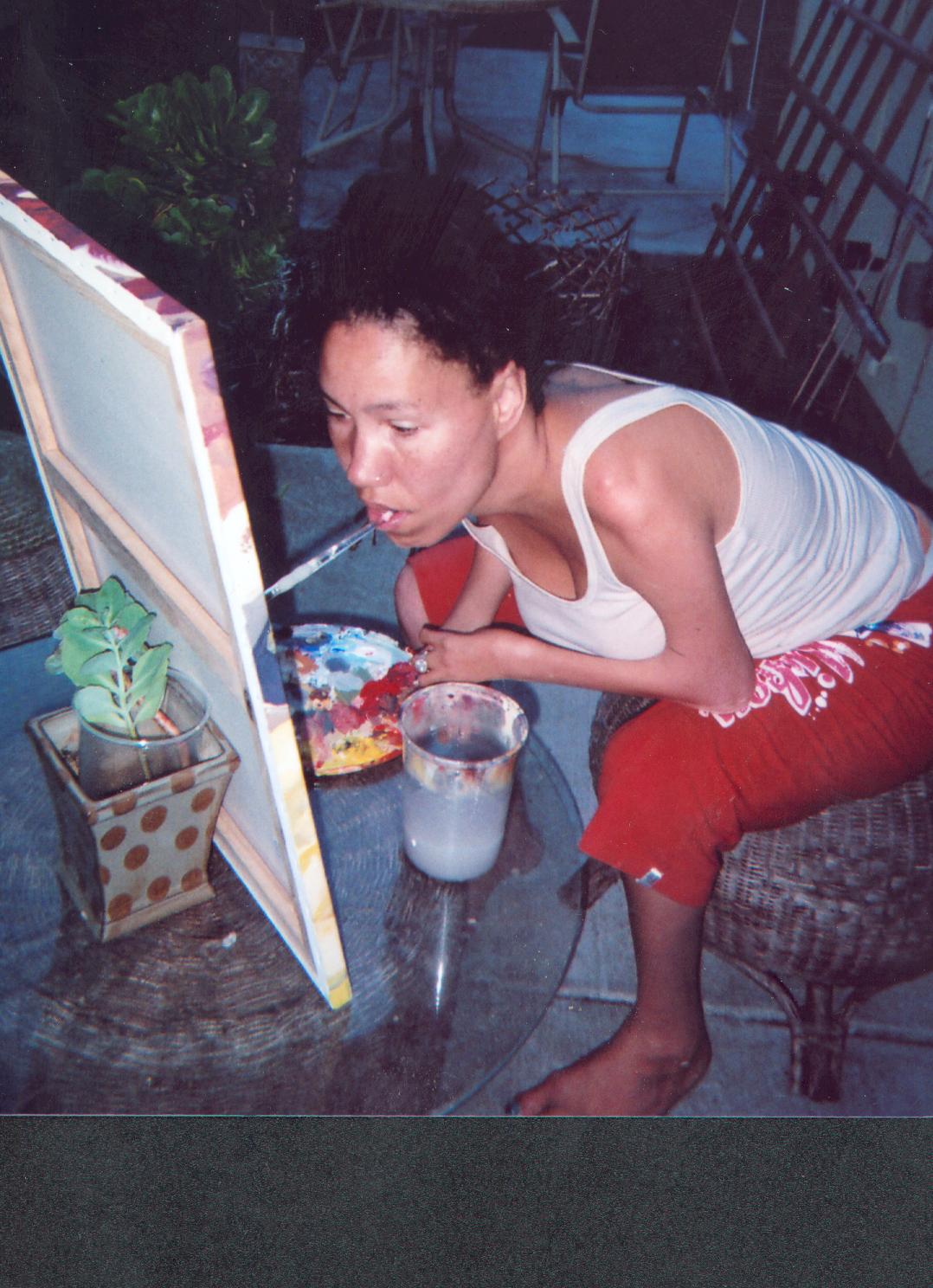 Alana Tillman was born on 15 February 1983 in Daily City, CA. She came into the world with arthrogryposis, meaning that she has not been able to use her arms or hands since birth. Even in early childhood, she discovered the possibility of writing, drawing and painting with her mouth. In Shriners Children's Hospital, where she was operated on several times, she took part in art projects for children. At the age of 12, Alana Tillman started to paint seriously, and educate herself further. In 2001, she attended the Santa Rosa Junior College (SRJC) in California. There, she completed the Associate of Arts degree in fine arts and liberal arts. From 2006 to 2007, she worked as an assistant to the curator in the art gallery of the SRJC. In 1998, she worked in the scope of a local programme for after school activities, the children's street theatre. She created backdrops for plays, with primary school children. In 1999, the artist started to concentrate on her own art. She paints everything from Pop Art to works in the style of impressionism, and uses various techniques such as paper, pen and Indian ink, as well as acrylic on canvas.