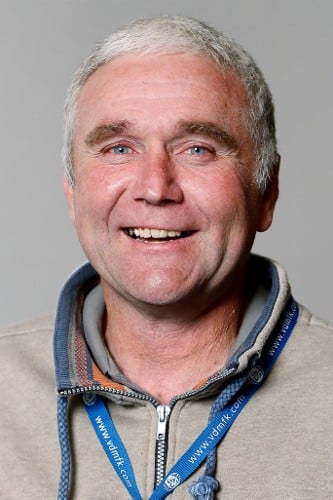 After finishing school Kerrin Tilley worked as a farm-hand on dairy farms for three years. He also worked for the Department of Conservation, catching opossums and keeping the number of wild goats under control. In 1988 Kerrin Tilley was so seriously injured in a crush while attending a rugby match that he became tetraplegic (C4/C5). In the unit for spinal injuries at the Otara hospital in Auckland he met the mouth painters and VDMFK artists Grant Sharman, Irene Bernie, Tommy Waru and Alex Craig as well as the wonderful art tutor Doreen Jones. All these people motivated him to become involved in mouth painting.

Kerrin Tilley's favourite subjects are landscapes and animals. Many of his works have repeatedly been shown at exhibitions and have won great praise. Kerrin Tilley's hobbies include watching all kinds of sports as well as saltwater fishing for which he uses an electric fishing rod.