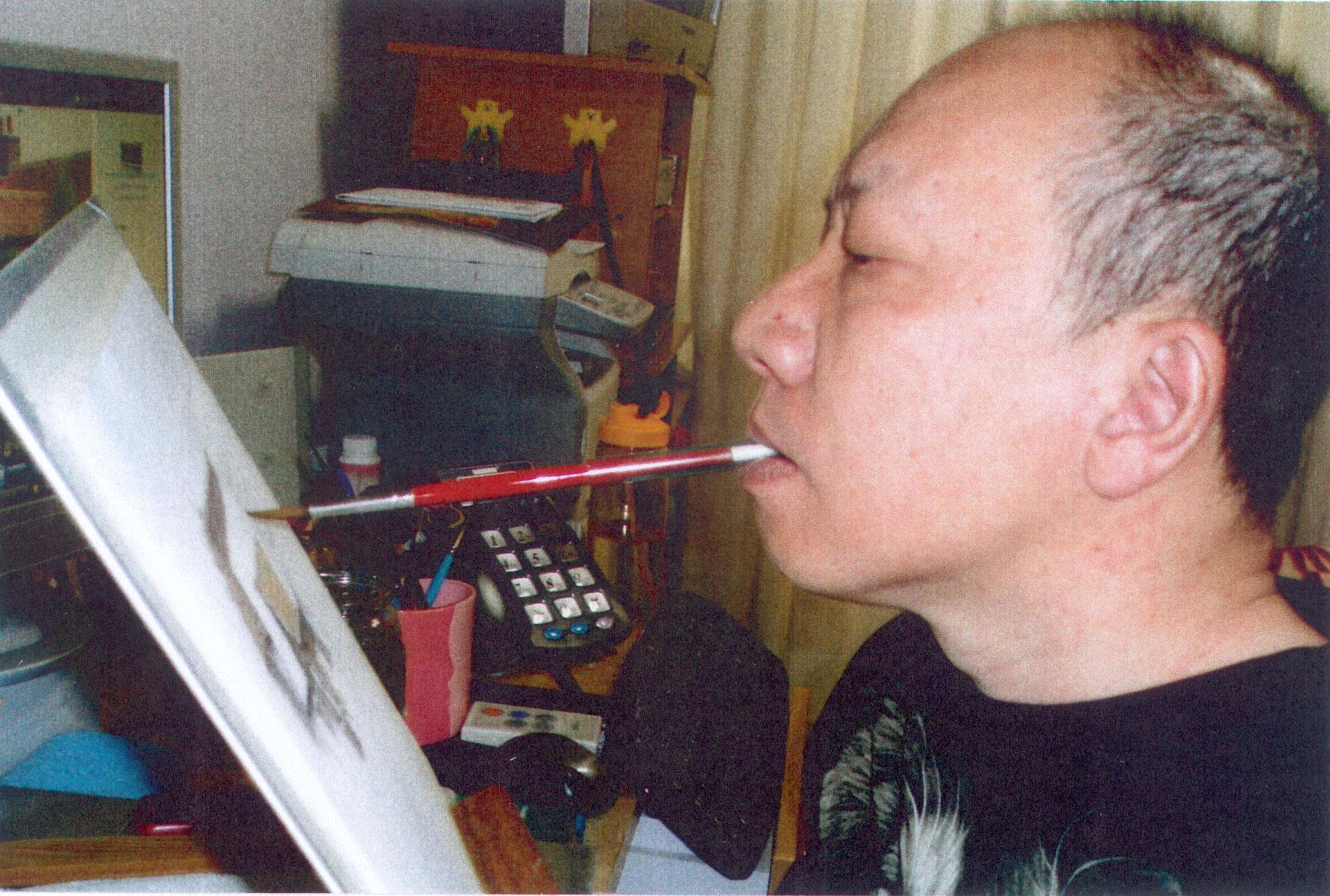 Raymond Khee Huat Tan was born on 20 November 1965 in Singapore. On 17 August 1993 he had a traffic accident on the way home from dinner with friends. His car was hit by a taxi and rolled over. In the accident Raymond suffered fractures of the C4/C5 vertebrae and became tetraplegic. A few years after his accident he met mouth painting artist Johnny Ang, full member of VDFMK, who persuaded him to have a go at mouth painting. As he was somewhat aimless, it did not appeal to him at first. It was not until June 2009 that he took an interest in art and started to learn the art of painting via the Internet. Practicing a lot, he taught himself to paint with a brush in his mouth.