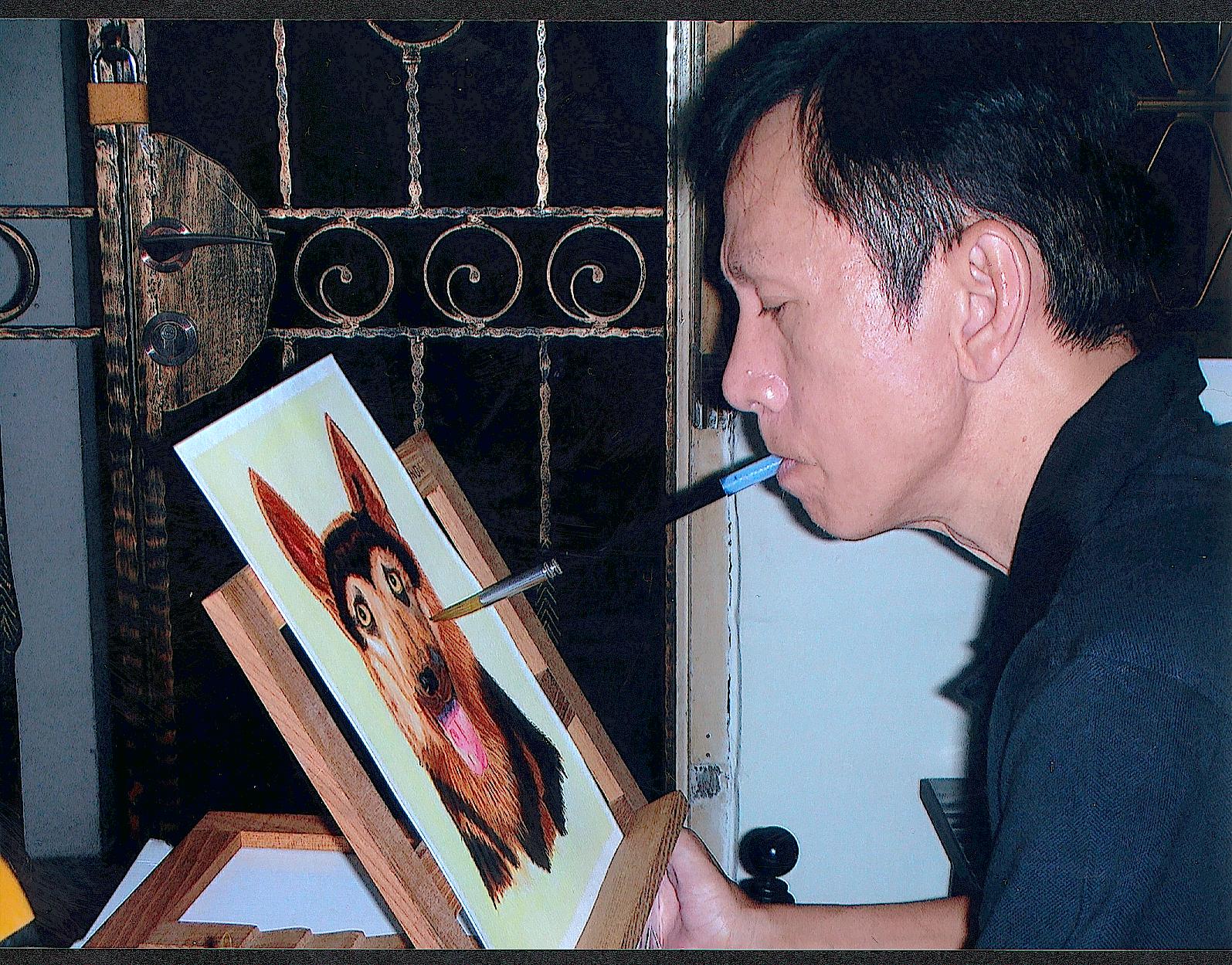 Daniel Beng Leong Tan was born on 5 January 1962 in Singapore. In 1982 he suffered a spinal cord trauma (C5/C6), resulting in tetraplegia. He is therefore unable to move his limbs. Encouraged by some of his friends, he became involved in mouth painting in 2009. The thought of being able to create something of artistic value made him pursue this goal with persistence. Being an autodidact he was able to make continuous and visible progress, as shown by his colourful animal themes and landscapes.