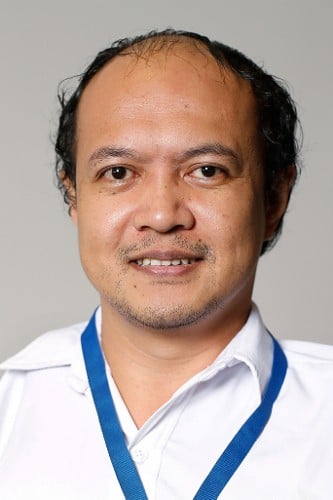 Sabar Subadri was born in Salatiga (Indonesia) on 4 January 1979 with no arms and one leg shorter than the other. From his early childhood onwards, he has been using his feet in order to carry out most necessary activities. From age 12 onwards, i.e. from 1991, the foot painter has been supported as a scholarship holder by the Assocation. In 2011, he became an Associate Member of AMFPA.

Sabar Subadri's favourite themes include the landscapes of his homeland, animals and people. For these themes, he prefers the technique of oil painting. The talented foot painter has already participated in several national painting competitions where he won prizes. His exhibitions also received attention.