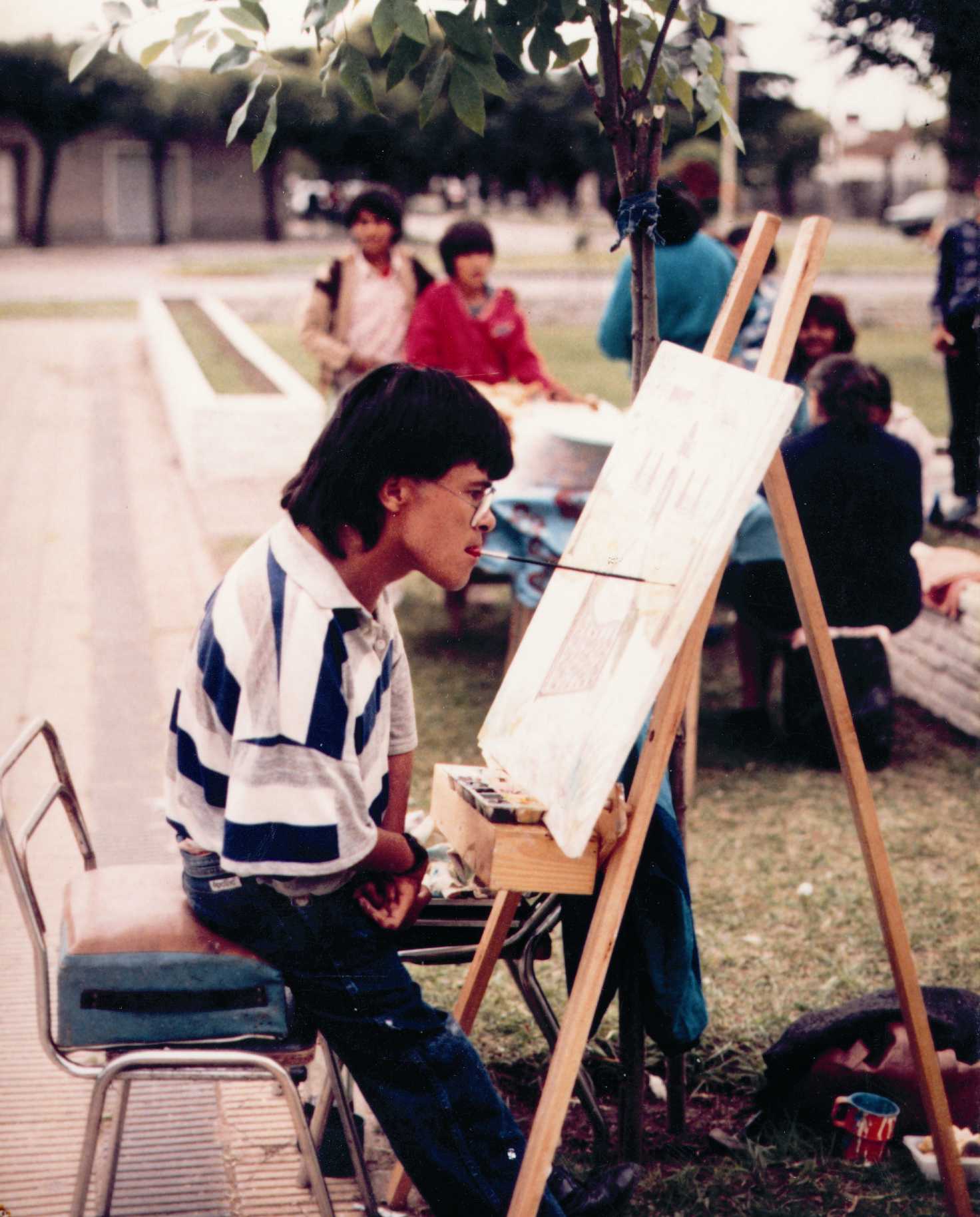 The mouthpainter Carlos Alberto Sosa was born on 19 Mai 1964 in Buenos Aires. He suffers from spastic quadriplegia and muscular atrophy, which results in both arms being paralysed. The artist has been painting since 1978; he has been taking lessons from Mrs Maria Elena Jaime since 1992. In 1993 he became a member of the artists' organization "South Art" and has taken part in many exhibitions.