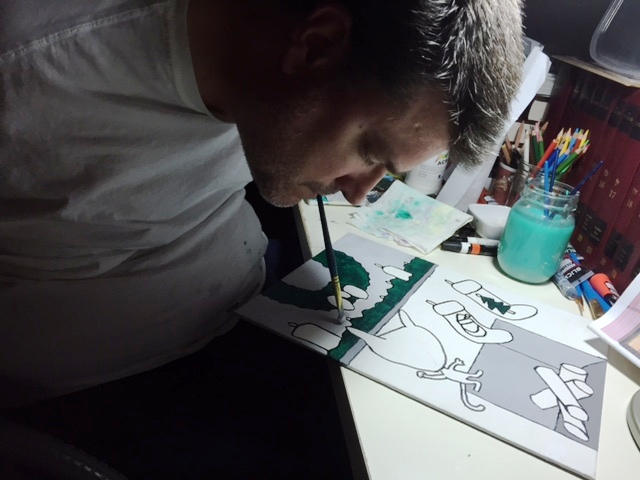 Peter Soby was born on 22 December 1967 in Chicago. Peter liked to paint a lot even when he was a child. Art was always part of his life. In August 1987, between his 1st and 2nd year at college in Illinois, he dived into a lake that was far too shallow. His spine snapped between the 5th and 6th vertebrae. He carried on with art-related activities after the accident. He helped to develop work clothes suitable for disabled people; and he continued to appear as a DJ. And although Peter could no longer play keyboards, the piano or the guitar, he taught himself to play the harmonica. Peter used a neck bracket to hold the harmonica in place (just like Bob Dylan). During this time Peter Soby produced/wrote and directed 8 films, more than 20 shorts, over 30 music videos, some 20 theatre plays and several advertisements and internet videos. In a Skype conversation with his friend Miriam Pare (who has a scholarship from the VDMFK) one day, she explained to him what the VDMFK is and does. She encouraged Peter to take up painting again. Miriam gave him a list of the utensils he would need, and he took a brush into his mouth. He needed a while before he had learnt how to control the brush and reproduce what was in his head on to the canvas. His cat, Muffin, has been his inspiration in this undertaking.