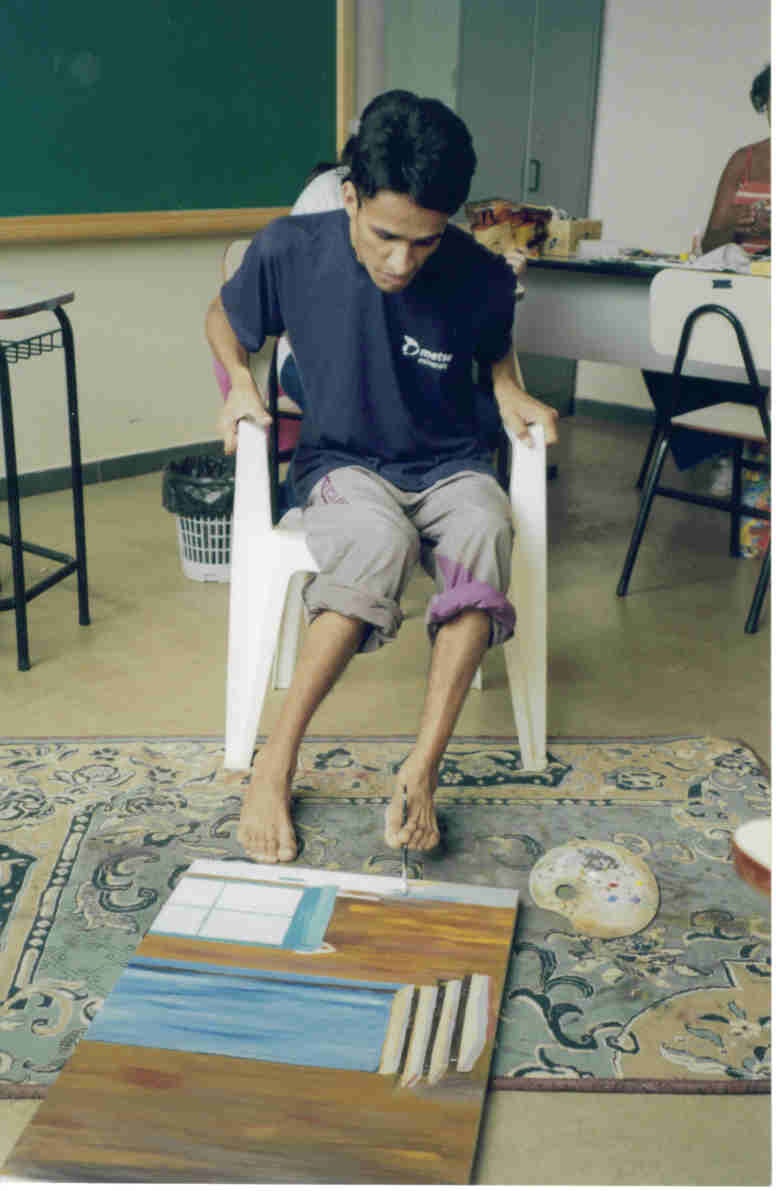 Adolfo SIMÕES DE OLIVEIRA NETO was born on 4 October 1987 in Carlos Chagas, a town in the state of Carlos Minas Gerais. He was a premature baby and had to spend ten days at hospital. When he came home his parents discovered that there was something wrong with him. He could not walk until he was four. When he was 14 he went to the APAE school (Association of parents and friends with disabilities). There he learned to write with the foot and developed this skill further. He was very creative and always liked to draw. One of his teachers recognised his talent and his interest in painting and encouraged him to take painting lessons. He is now 21 years old and his art teacher means a lot to him because she has given him the necessary self-confidence for painting. Unfortunately, he lives in a small town and she believes that he only has limited opportunities there. He loves painting and she thinks that on account of his talent he should broaden his horizons. Despite the hard times that he and his family are experiencing, he dreams of becoming a good artist and win international recognition.