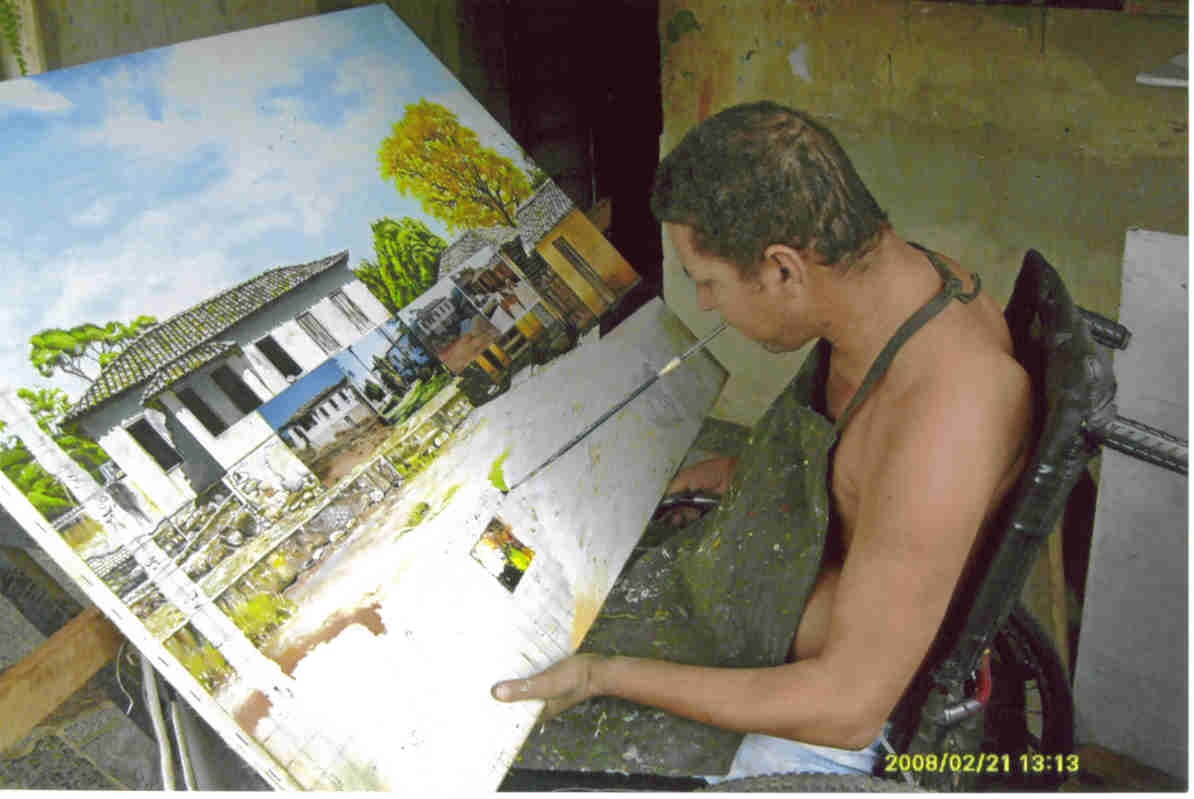 Ronaldo CUPERTINO DA SILVA was born on 9 August 1968 in Jaboticatubas, a small town in the countryside in the province of Minas Gerais. He lives with his mother in a very modest house and is the oldest of nine children. As a teenager he worked on plantations and farms and was thus able to also support his parents. At the age of ten his father taught him to play the guitar. At the age of 18 he joined a band and travelled through many cities. After one year the band separated and he learned to make bamboo furniture in a craft workshop. He missed his family and friends very much and returned to his native town where he met his future wife. In a carpenter's workshop on a farm he found a well-paid job and his wife had a job in a clothes factory. They were waiting for the birth of their second child. On weekends he drank large amounts of alcohol. The relationship broke up. On 22 November 1992, after he had been drinking a lot with his friends, he decided, before his last jump into the water, to jump with all his strength. He hit his head on a tree, injuring his 4th and 5th cervical vertebrae. After his accident his life changed dramatically. Various stays at hospitals and psychotherapeutic facilities followed. A psychologist told him about a girl who was able to write letters with her mouth. Two years later he was discharged from hospital and he practised until he was able to do it, too. After this success he started to draw and paint. Together with his mother and helped by his deep faith he stopped drinking and taking drugs and dedicated himself to painting. He loves to observe nature with its colours and shadows. His neighbour helped him to contact VDMFK Brazil. It is his greatest desire to better his life with the help of VDMFK.