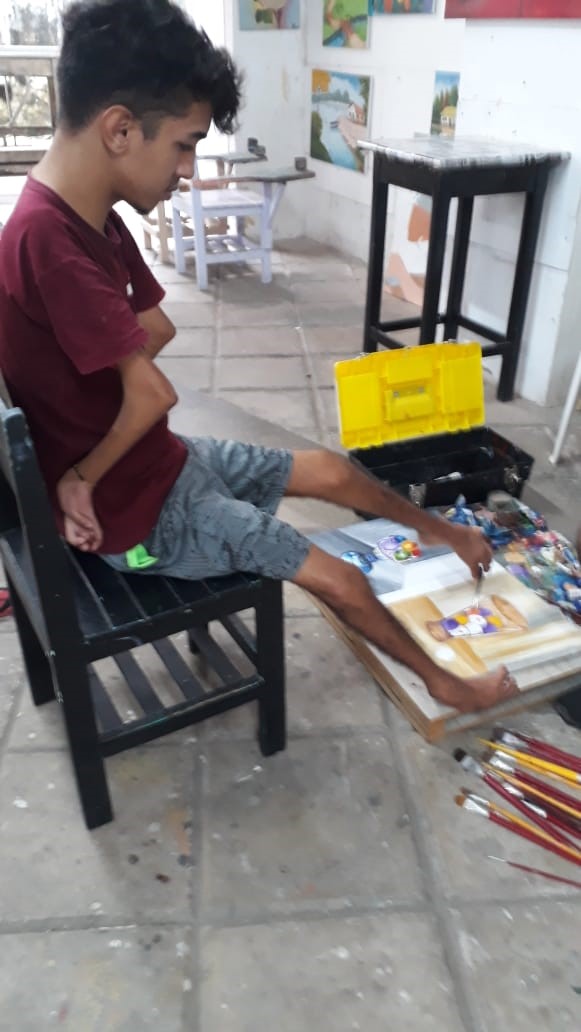 Lucas Luciano Silva was born on 22 December 2001 in Lago da Pedra in Maranhão Province, Brazil. Lucas was born with the condition arthrogryposis multiplex congenita (AMC). He is not able to move his arms and hands, and - to a certain degree - his legs. He can walk, but it costs a huge amount of effort. It was when he was three years old that people first realised he had the ability to hold a pencil with his foot and scribble something with it. Lucas paints with his left foot as well as with his mouth. He uses white for the base coat and then applies a small amount of colour directly onto the canvas, where he mixes it until he has the shade he wants. Lucas' father has set up a small area in their apartment as a studio, to support his growing passion for art. Lucas has not up until now had any tuition in art, but hopes that he will one day have the opportunity to benefit from some. He loves painting and occasionally manages to put on small exhibitions in his home town. He uses the opportunities these present to talk with the people who are interested in his life and his pictures. He found out about our Association when he was in hospital and met Maria Goret Chagas, who has a scholarship, there.