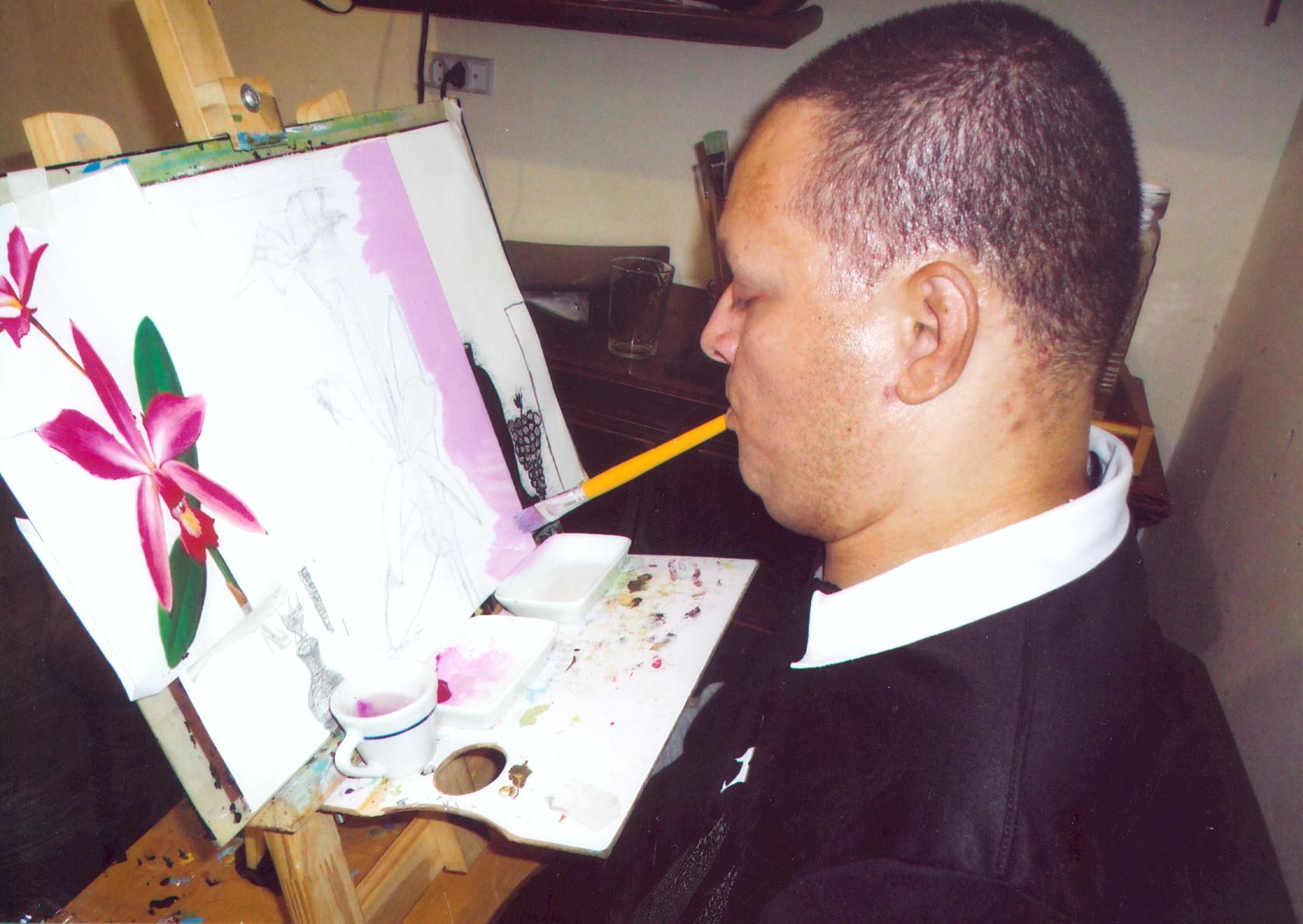 Sergio da Silva Cláudio was born on 17 July 1971 in Belo Horizonte (state of Minas Gerais). He comes from a large but modest family with nine siblings. They all lived in a slum on the outskirts of Belo Horizonte. The slum was built on a hillside and the family is still living far up in a small house, which makes it very difficult for him to leave the house due to the many steep stairs. When he was about 19 years old his parents died and he always had to work to help support the rest of the family. One day in the year 1997 on his way home he was attacked by an armed robber who demanded that he hand over his wallet. While trying to get the wallet out, Sergio made a quick, abrupt movement that surprised the robber and caused him to react nervously and fire a shot at Sergio. The attacker escaped and left Sergio with a gunshot wound in the neck that rendered him quadriplegic. He is therefore unable to use hands, arms or legs. Sergio nevertheless had the opportunity to complete an official education, but to date he is studying on his own at home. He has learned to operate a computer with his mouth and has in the meantime finished a course in graphic design. While surfing the Internet one day he found the website of the publishing house APBP in Brazil, which acted as an incentive to develop his artistic potential. He therefore began to take painting lessons once a week with the renowned artist Marina de Melo Franco Costa Reis.