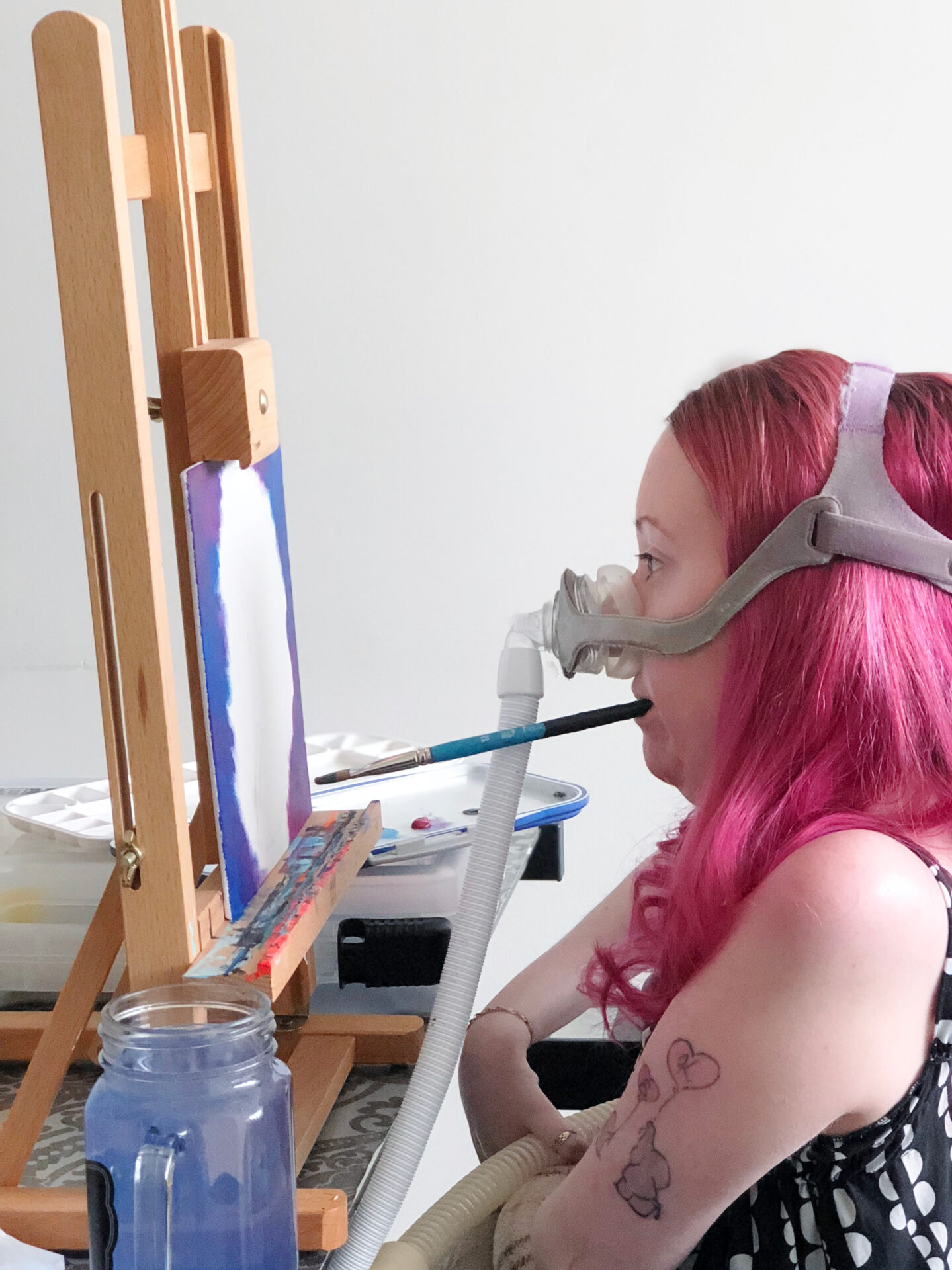 Kaileen Michelle Selig was born on 23 September 1991. At the age of two, her parents noticed that she was not developing as expected. They took her to the Vancouver children's hospital, where she underwent many tests and a congenital, progressive peripheral neuropathy was diagnosed. The doctors were unable to give an exact diagnosis of her disability. However, she had several symptoms in common with spinal muscular atrophy type 2. She is currently undergoing further tests as research has made considerable progress in the last 24 years. Since the age of eight, she has used an electric wheelchair. Her disability has progressed since then and she can no longer write, eat or do anything which requires the use of her hands. In 2009 she graduated from high school and continued her education at Douglas College and the Kwantlen Polytechnic University. She then chose an online web-design course and received her diploma in web-design and optimisation. After graduating, she ran her own print media and web-design company from 2012 to January 2017. She was also active for the charitable organisation Make a Change Canada as a technology coordinator. This is a charity which offers business and tech courses for people with disabilities. She worked there for almost four years, during which time she acquired many useful skills.

In spring 2017, she moved out of her parents' place and into her own apartment in North Vancouver. She is in the CSIL programme (Choice in Supports for Independent Living) and has a 24-hour care service.

Recently, she has been having some difficulties with her breathing, meaning that she now needs a BiPAP respiratory device. She is trying to improve her mouth painting skills as it is something that she enjoys doing. Her wonderful friend, Alex, made her aware of the VDMFK and she is very excited to see where it takes her.