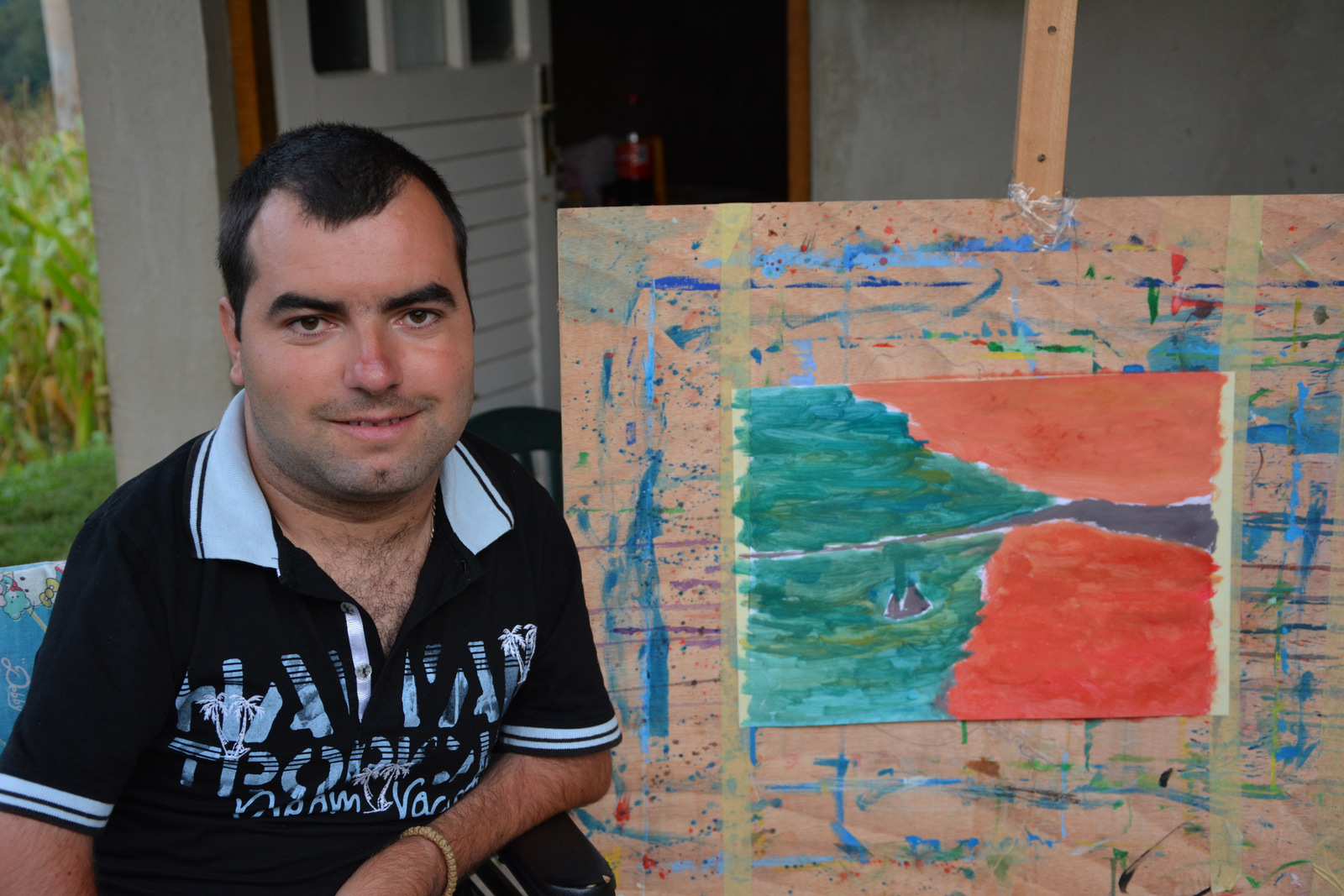 Mladen Sekulic was born on 6 March 1990 in Vlasenica, Bosnia and Herzegovina. He has suffered from arthrogryposis multiplex congenita since birth. Before he was five he had had five operations, all carried out on his legs, from his heels to his hips. He attended elementary school from 1997 to 2001, but then took two years off school because of his ailing state of health. He continued his school education from 2003 to 2011 at an establishment for the education and professional rehabilitation of handicapped children and teenagers in Podgorica. Mladen Sekulic also completed his secondary education here. While attending school in Podgorica he took part in all the painting groups and workshops, and had four group exhibitions. After completing secondary school, he acquired the professional title of legal expert. He paints motifs from his everyday surroundings in acrylics and crayon.