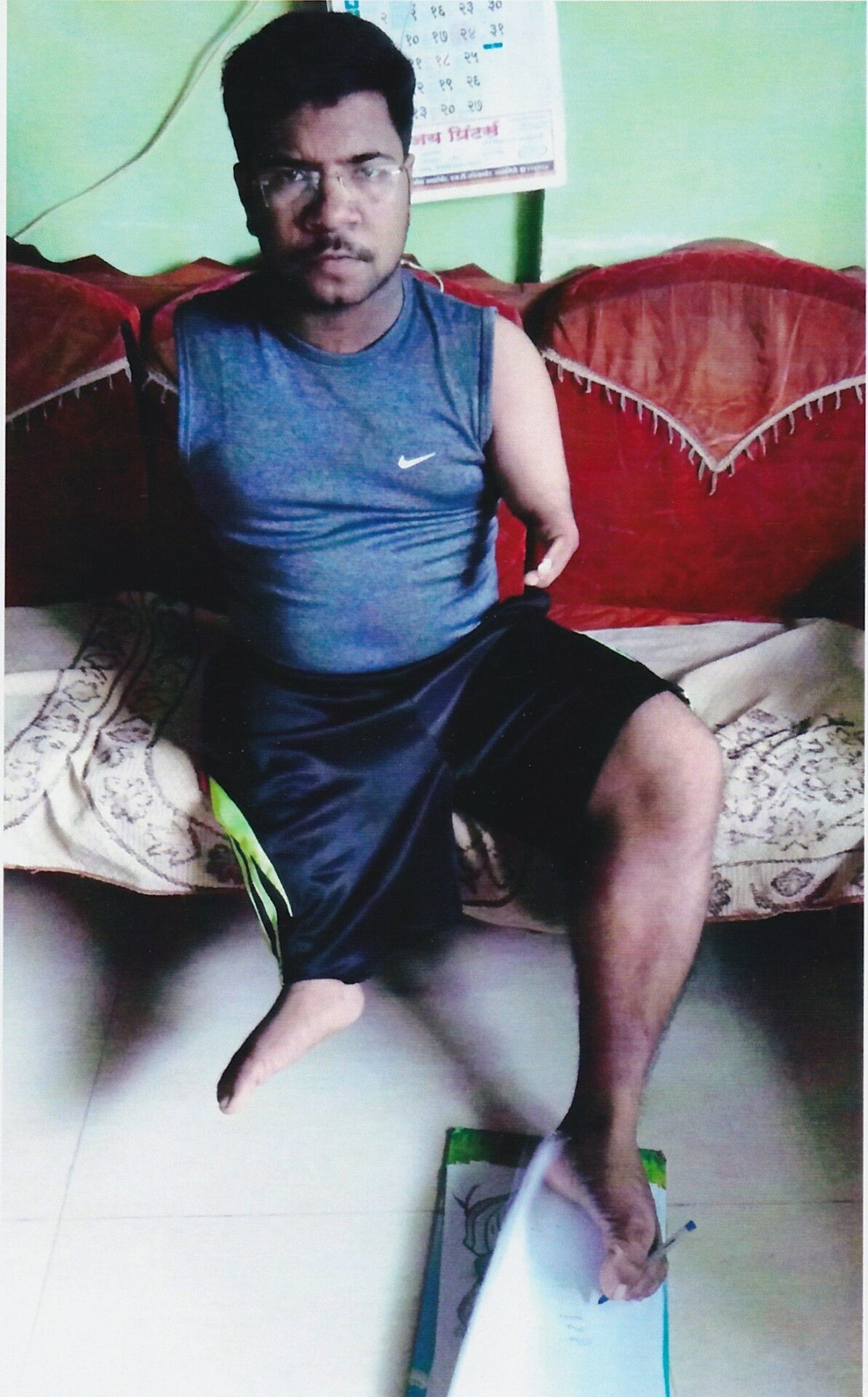 Dhiraj Rajendra Sathvilkar was born on 17 December 1993 in Ratnagiri, a small town in the Indian interior. Dhiraj was born without arms and with a shortened leg. He lives with his parents and his younger brother. Initially due to his disability he was unable to deal with his everyday activities alone.
He wanted to study, but the schools would not admit him because he was reliant on help.
Dhiraj Rajendra Sathvilkar slowly began to write by holding the pencil between his left toes. After he had made great efforts, he was accepted at a school for blind and deaf children, where he completed his school education in the year 2012-13. He passed his school leaving exam and started a law degree, but broke his studies off as his family were confronted with financial problems.
Dhiraj’s love of art began to blossom when he started painting with his foot at school.
In his leisure time he paints, sings and acts, and he is also interested in sport.