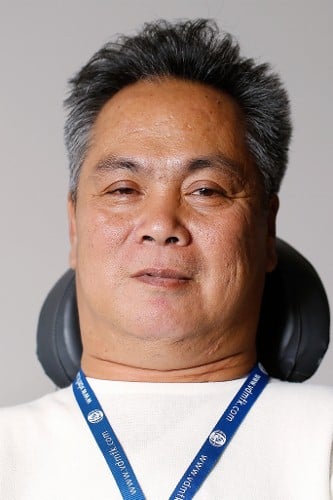 At the age of 17 Jovito Sasutona suffered a spinal cord injury in a swimming accident that resulted in paraplegia. He has been confined to the wheelchair ever since. This was what made him starting to write and paint with his mouth. He learned these skills as an autodidact and showed great talent. In 1989 he was admitted to the Association as a Student member. As he made significant progress, he became an Associate Member of VDMFK in 2007.

The magnificent landscapes and vegetation of the islands of his native country are predominant themes in Jovito Sasutona's paintings. His work is very original and powerful. The accurate and detailed rendering of the themes is what makes the paintings so convincing. Various of the artist's creative compositions clearly compete with classical art.