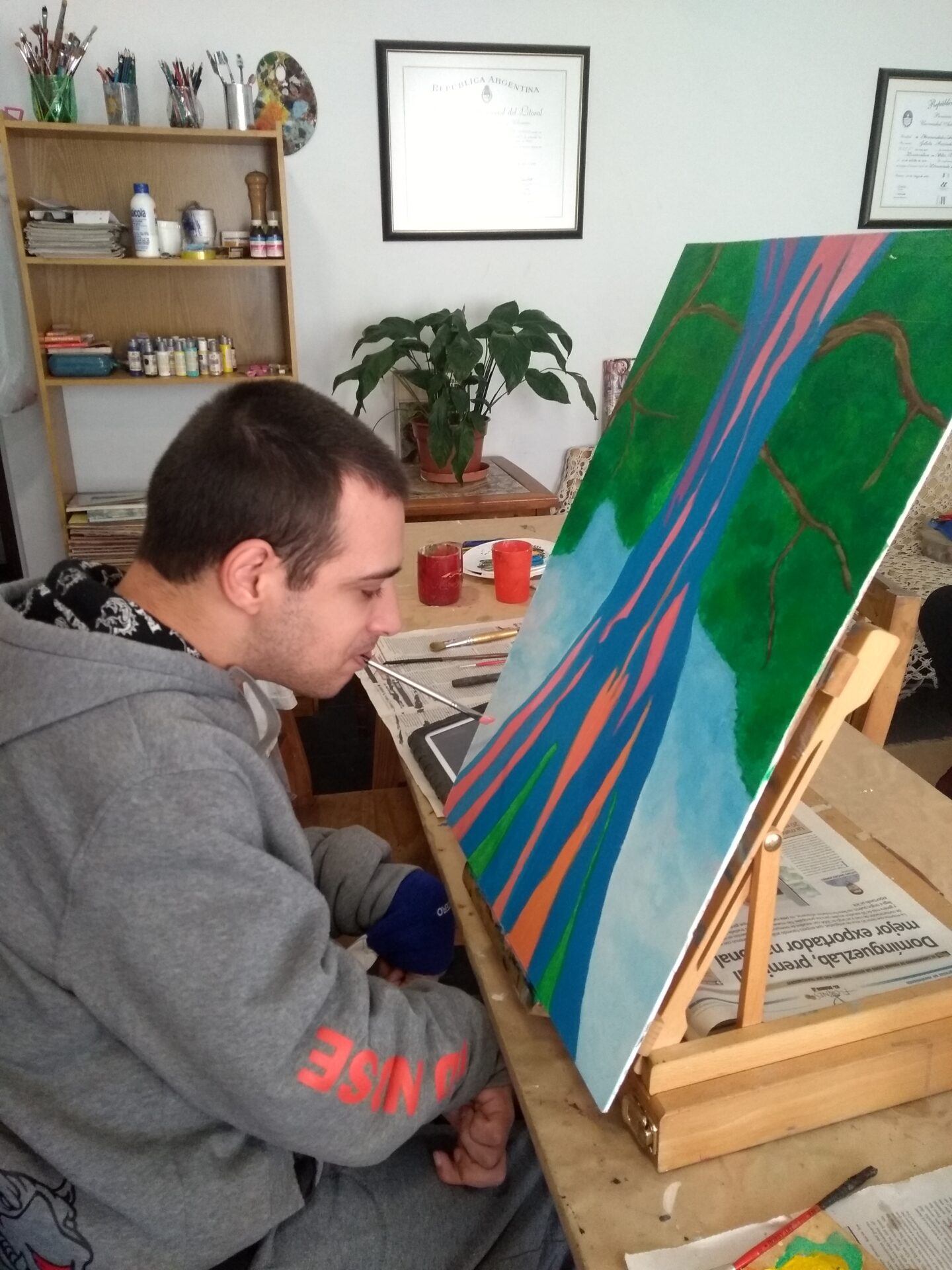 Mauro Enrique Sarubi was born on 25 May 1990 in La Paz. From birth he has suffered from motoric cerebral palsy. Since 2009, Mauro has been attending the San Francisco de Asís Therapy Centre in the city of Carlos Paz (Córdoba) for social integration. There, Mauro Enrique Sarubi was encouraged by Professor José Rodríguez to take up painting. At first, he painted with acryl. These works were exhibited in the Legislative Building of Córdoba. He also participated in the Salon de Artes de Vidas Especiales. In addition, he presents his works at national and international encounters of plastic artists, which take place in various provinces of Argentina. He has already received a number of awards and recognitions.