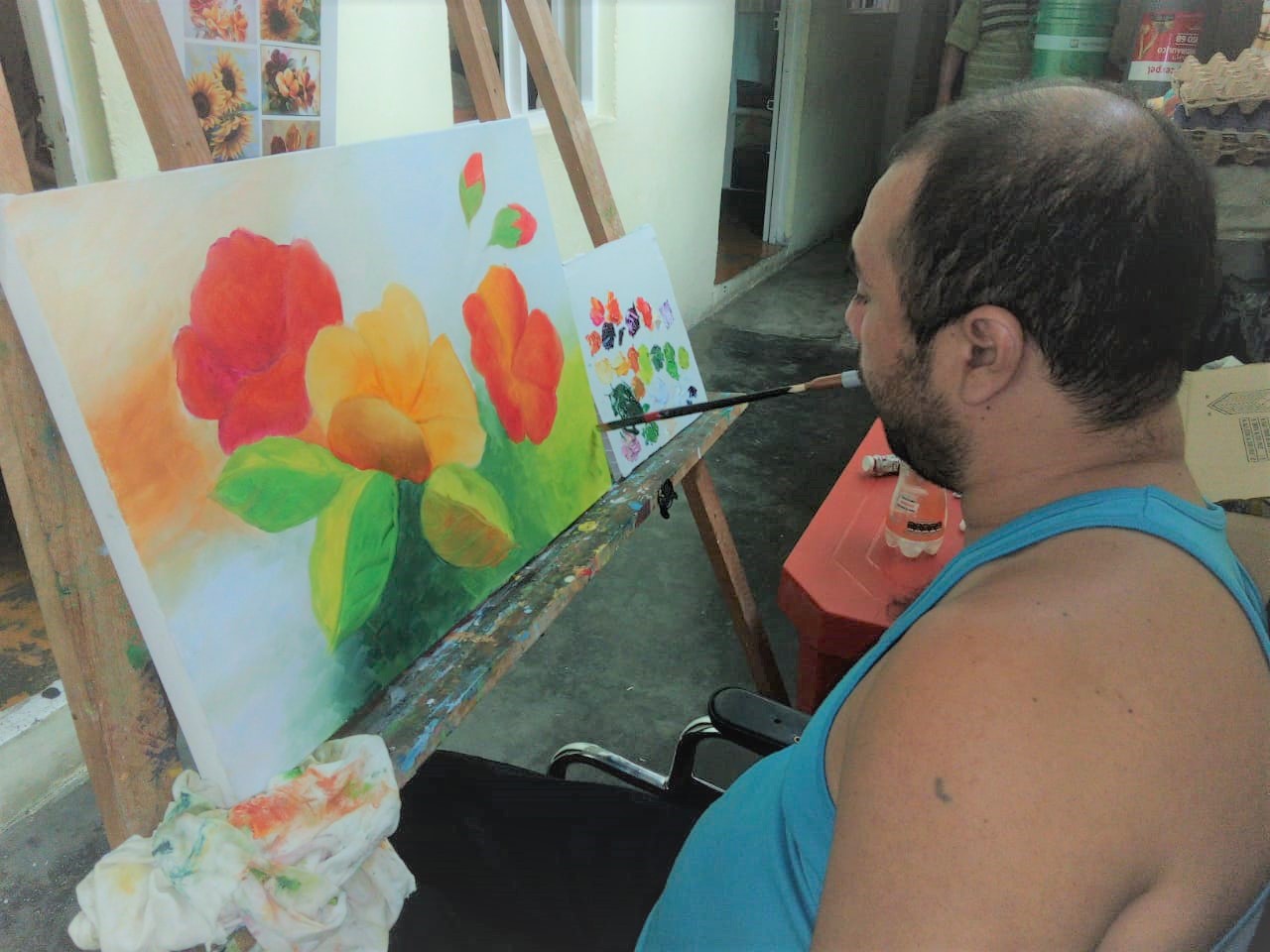 Rubiel Salinas Vivas was born in the municipality of Anzoátegui, Tolima, on 4 August 1982. He grew up there with his brothers at his parents’ home. Due to his family’s impoverished circumstances, Rubiel began working in a sugar factory at the age of 12. On 25 April 2003 he rode home on a horse which he had borrowed to rest. The horse became startled and threw Rubiel to the ground, causing him to suffer a head injury as well as an injury to the cervical spine at levels C6 and C7. Yeimar MARROQUIN BONILLA told him about the Association. Rubiel has taken painting lessons for over a year.