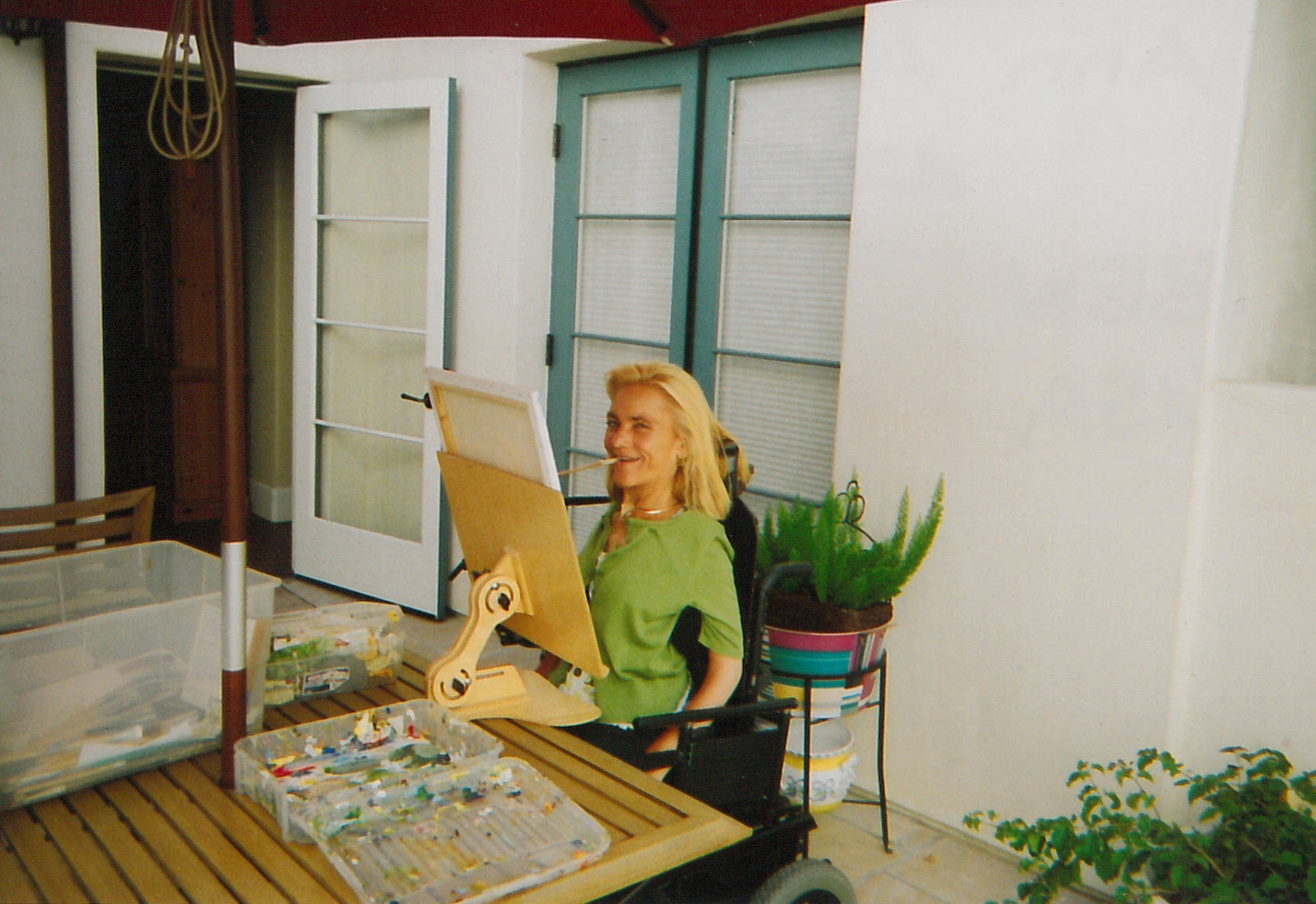 Ann Ruth was born on 8 January 1964 in San Pedro, USA. In September 1969, Ann was injured in a gymnastics accident and sustained an injury of the spinal cord at the C1 and C2 vertebrae (all her limbs have been paralysed since then). After completing regular elementary school and high school, she attended Pepperdine University, where she graduated in Management for the 21st Century, and also gained a Master's degree in Business Administration (1999). In addition, she completed a course of study at the University of Southern California (USC) with a focus on Business Communication, where she was awarded a Bachelor's degree in Communication with distinction. She is also extremely adept at computer programming. In 1975, while still attending junior high school, Ann engaged in mouth painting for the first time, at the suggestion of a friend. In time, she developed a huge passion for painting, as her pictures proved - and still reveal. Besides her painting, Ann also fulfils a major role within several institutions and associations, and her activities thus include membership of various managing boards (e.g. the Managing Board of the Centre for Blind Children). Ann received the National Shield Award from the student association Delta Gamma and is at present a member of South Bay Delta Gamma. She was the youngest prize-winner ever to be awarded the Governor's Trophy, and was nominated for the President's Award (the highest honour in the USA). She was also once a torch-bearer for the Olympic Games.