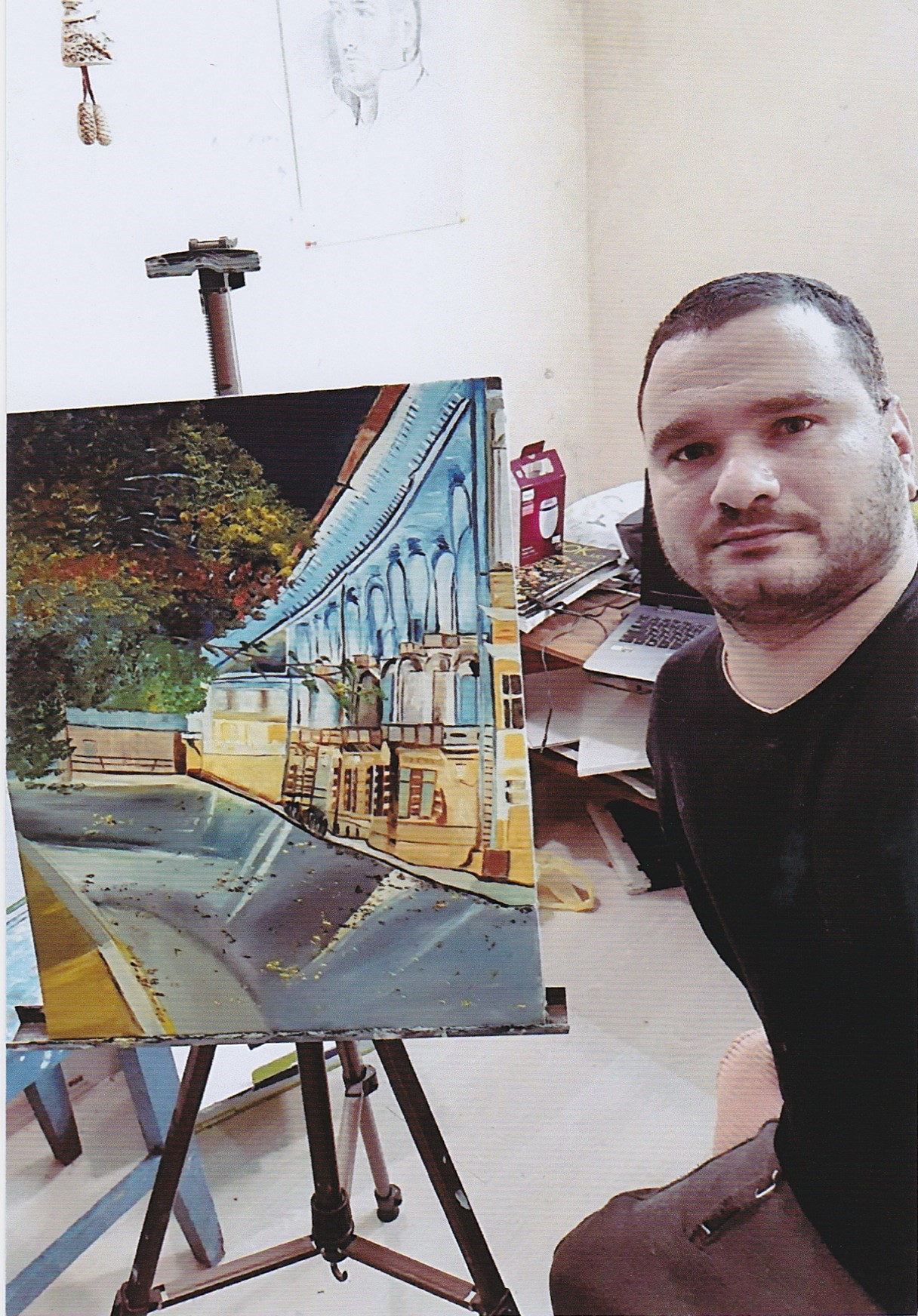 Fedir Romanov was born in 1989 in Sarata City. His disability affects his hands and his legs. Fedir Romanov grew up in an orphanage because his parents gave him away after he was born. After that, he became sick with leukaemia. During his two-year stay in hospital, he began to paint. Once he had won the fight against leukaemia, he began to study at high school. This is where he met his wife. At this time, his wife became ill and he broke off his studies to be with her in hospital. In the meantime, they have had a wonderful little daughter. When the war broke out, they lived near Donetsk and had to flee. Now they live in a small village near to Chernigov and Fedir continues to paint. He would like to dedicate his life to art.