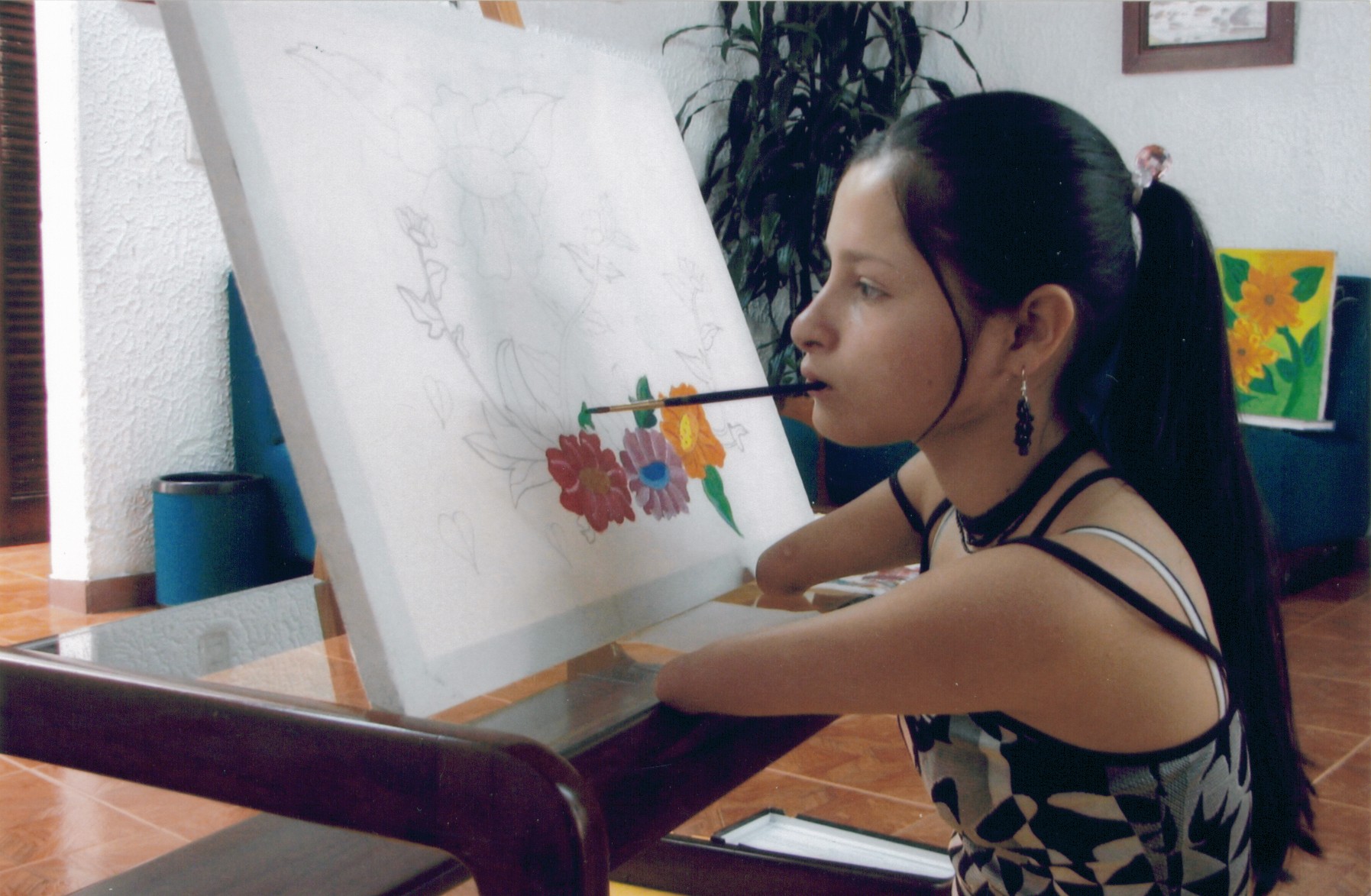 From birth, Blanca Zulima Rodriguez Sanguino suffers from phocomelia, which caused severe functional defects of her upper and lower limbs - she has extremely shortened legs because she practically has no thighs and no lower legs. She has only rudimentary arms. The artist attended primary school and later the "Gerrero" art academy in Palermo in Bogóta. While still a child, she began to draw and paint with her mouth. Later, she received painting lessons from Efrain Gonzalez for a period of ten years.