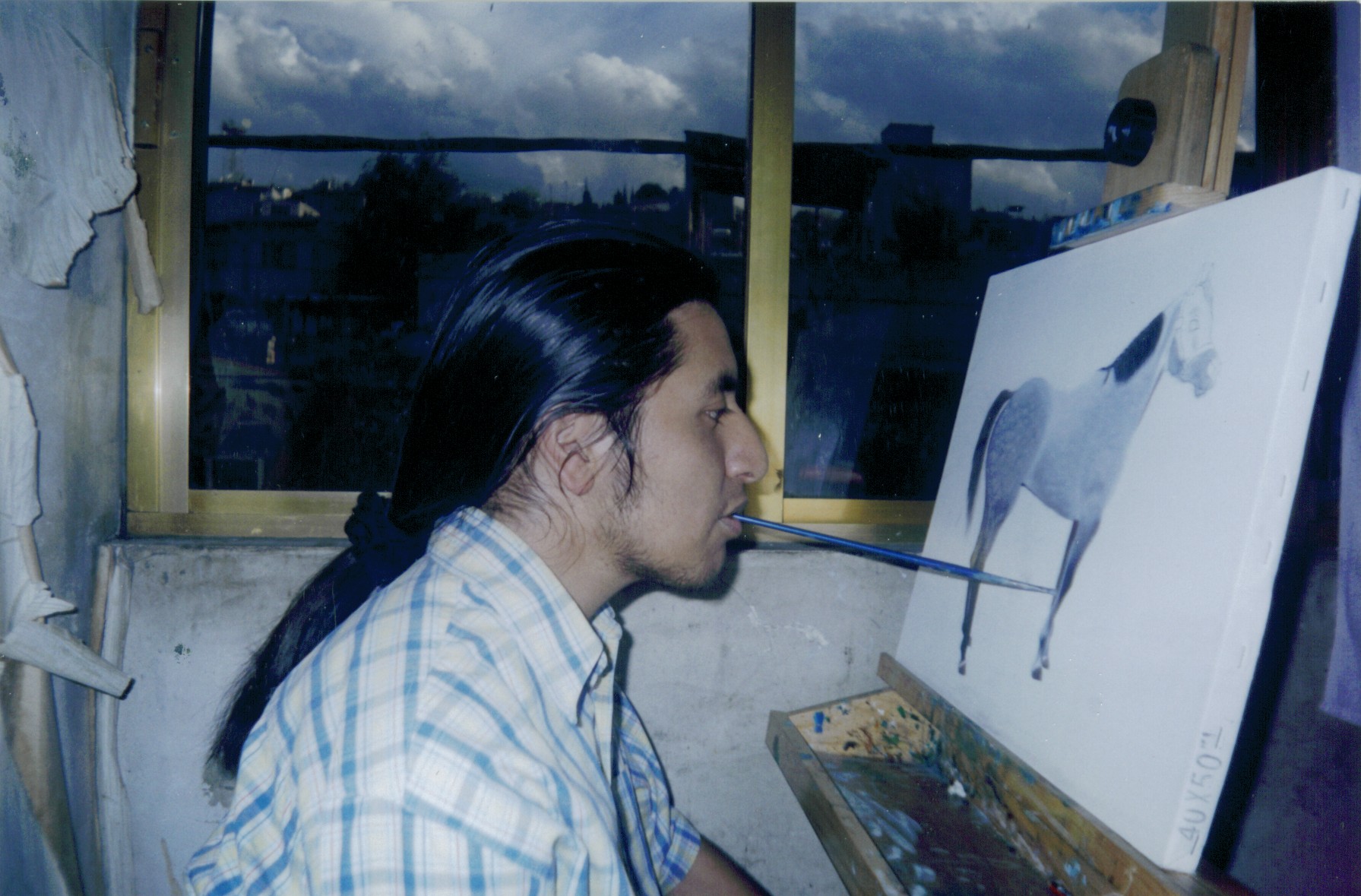 Rogelio Robles Torres was born on 12 November 1983 in Mexico City. Until the age of 16 he led a life like any other teenager. On 27 May 2001 he had an accident where he suffered an injury to the cervical vertebrae (C5) leaving him completely paralysed. Encouraged by a therapist at the national rehabilitation centre CNR, he began to paint with his mouth (autodidact). Later he met the artist Juan Carlos González who gives him painting lessons on a regular basis.