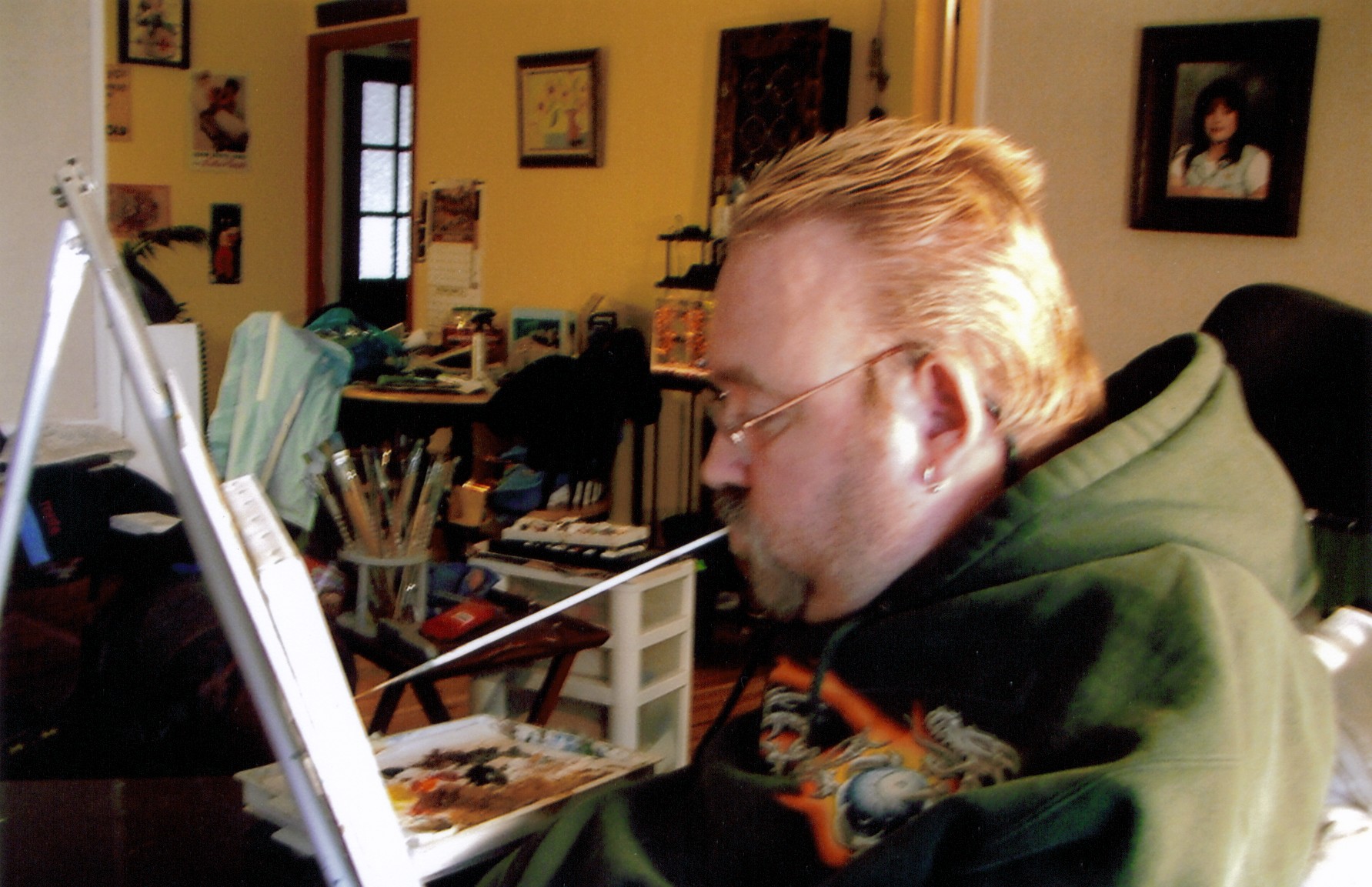 Ray Robbins was born on 20 January 1965. In August 1984 he had a serious accident with a garbage truck and sustained an injury to the C4-C5 vertebrae, which left him paralysed from the chest down. During his stay at the rehabilitation clinic, Ray made his first attempts at painting in oils. After leaving the clinic he stopped painting for a short time but became seriously involved in mouth painting in 2002. His favourite subjects are animals and landscapes.