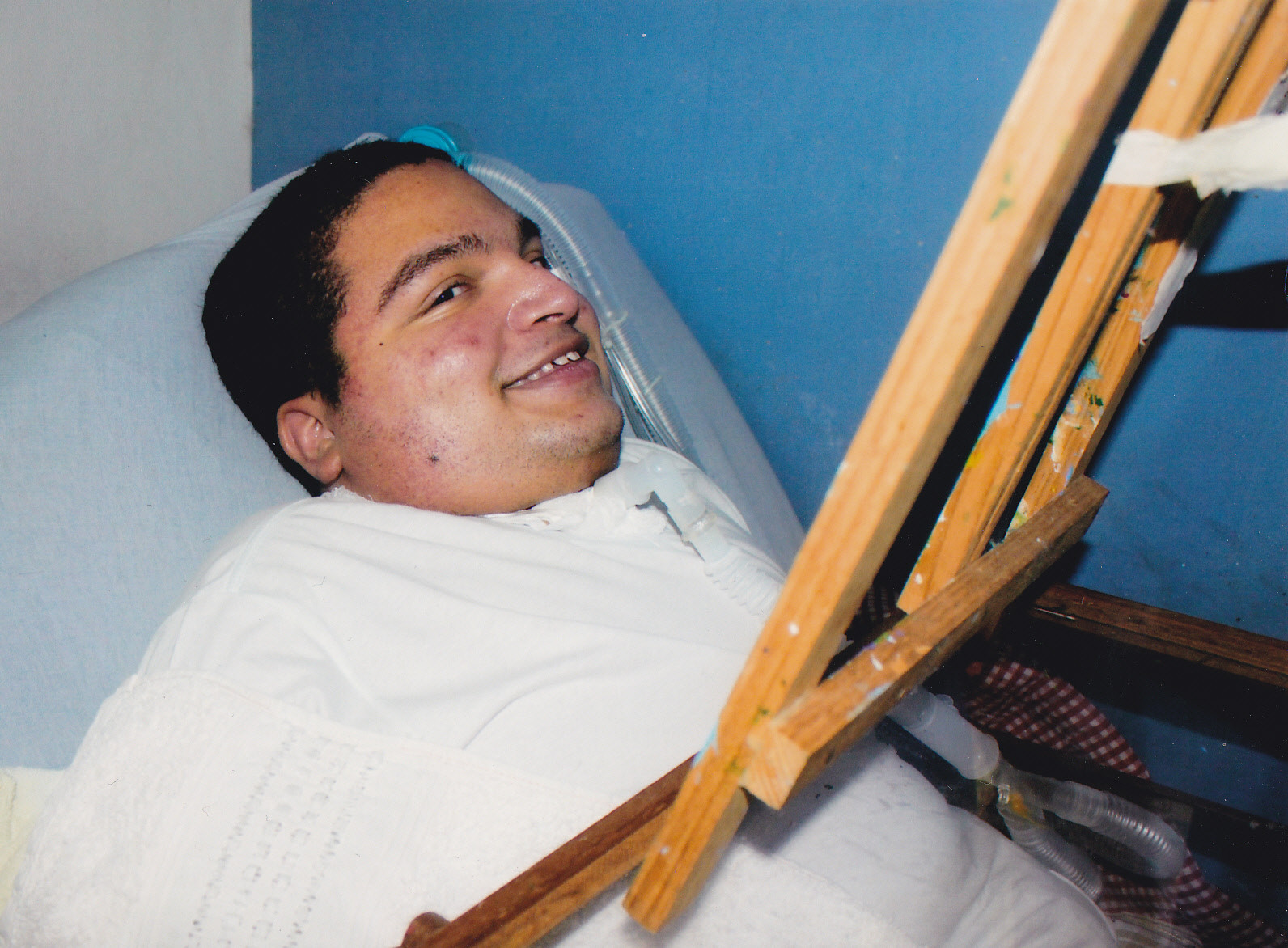 Thiago Ribeiro Santos was born in the city of Almenara within the Federal State of Minas Gerais on 19 February 1987.  He was hit by a car at the age of just 8 in 1995. For 15 days he lay in a coma and fought for his life. Due to his serious injuries, he became a quadriplegic and has been unable to use his upper or lower limbs ever since. Furthermore, he will have to depend on a ventilator to help him breathe for the rest of his life. Thiago arrived back home a good one year later. As a basically extremely optimistic character he made a conscious decision to face up to his problems, accept his situation and fight for his life. In the meantime he has written two books, including one entitled "Esperança sem fim" ("endless hope"). In the world of artists, the two words "endless hope" are very important. To put it briefly, they describe a basic principle in his life. In 2011 a friend encouraged him to have a go at painting with his mouth. After a few attempts, he was not only impressed by his latent artistic skills but also by the actual results. Since then Thiago has also been taking art lessons once a week from a well-known local teacher. Painting has become an important part of his life ever since. His personal maxim is: "A man who dares to explore himself and discovers in the process that there is no such thing as the impossible. A man who aims his dreams at reality and faces challenges with the purest joie de vivre."