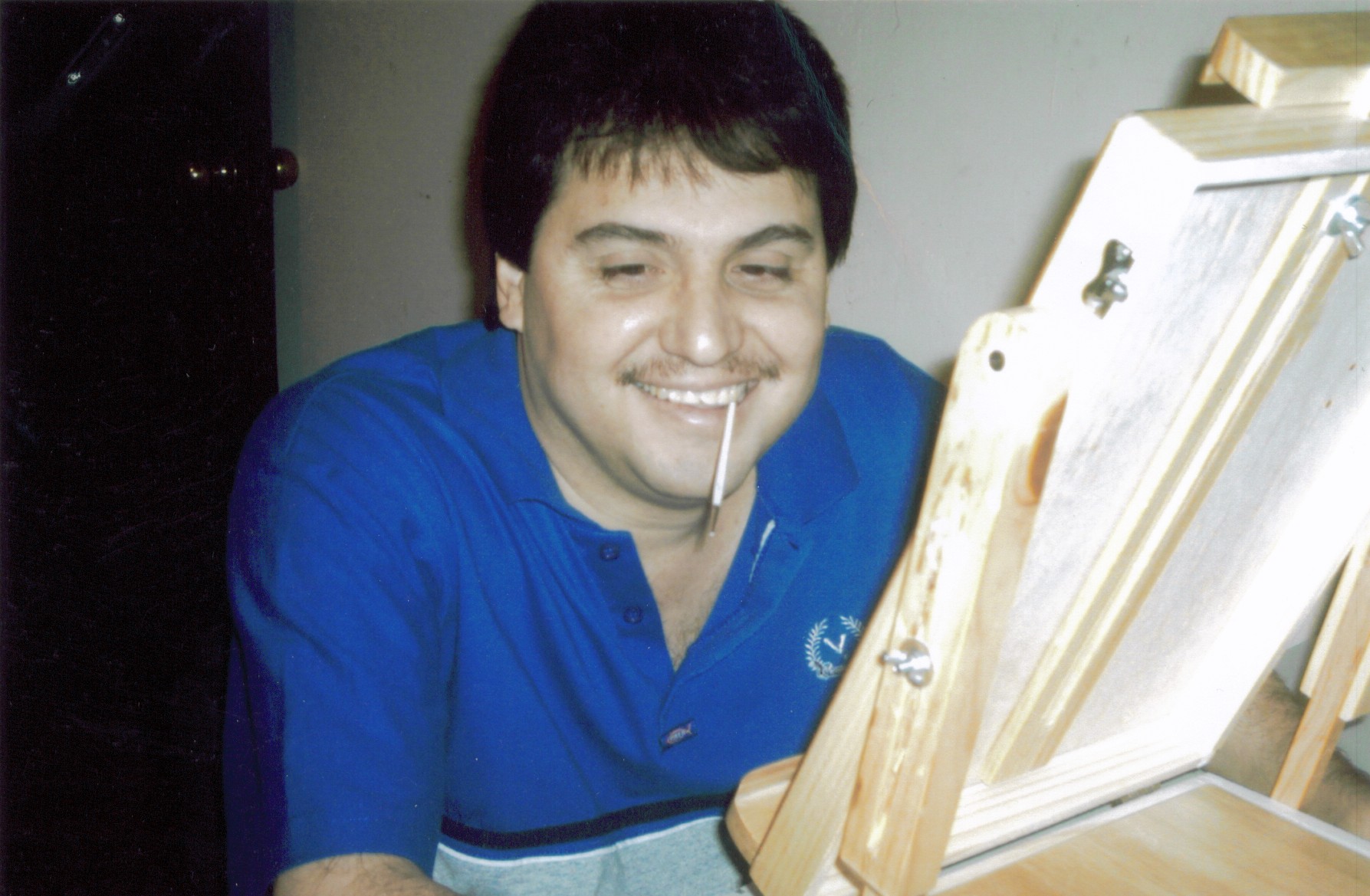 Born on 6 January 1971 in Los Mochis, Sinalao (Mexico). Mr Reyes Portillo became tetraplegic on 16 August 1992 when he dived headfirst into the water and broke his 6th cervical vertebra. At university he was enrolled in a computer systems course for a year but was unable to finish the course because of the accident. In 1998 he married and he lives with his wife and daughter at his parents' place. Even while a child he enjoyed drawing with his mouth. He is working in computer graphics. This has sparked his interest in painting. In August 2005 he met VDMFK student member Lidia de Jesús Cháidez López , who invited him to take lessons with her. Mr Portillo is intent on becoming a good artist.