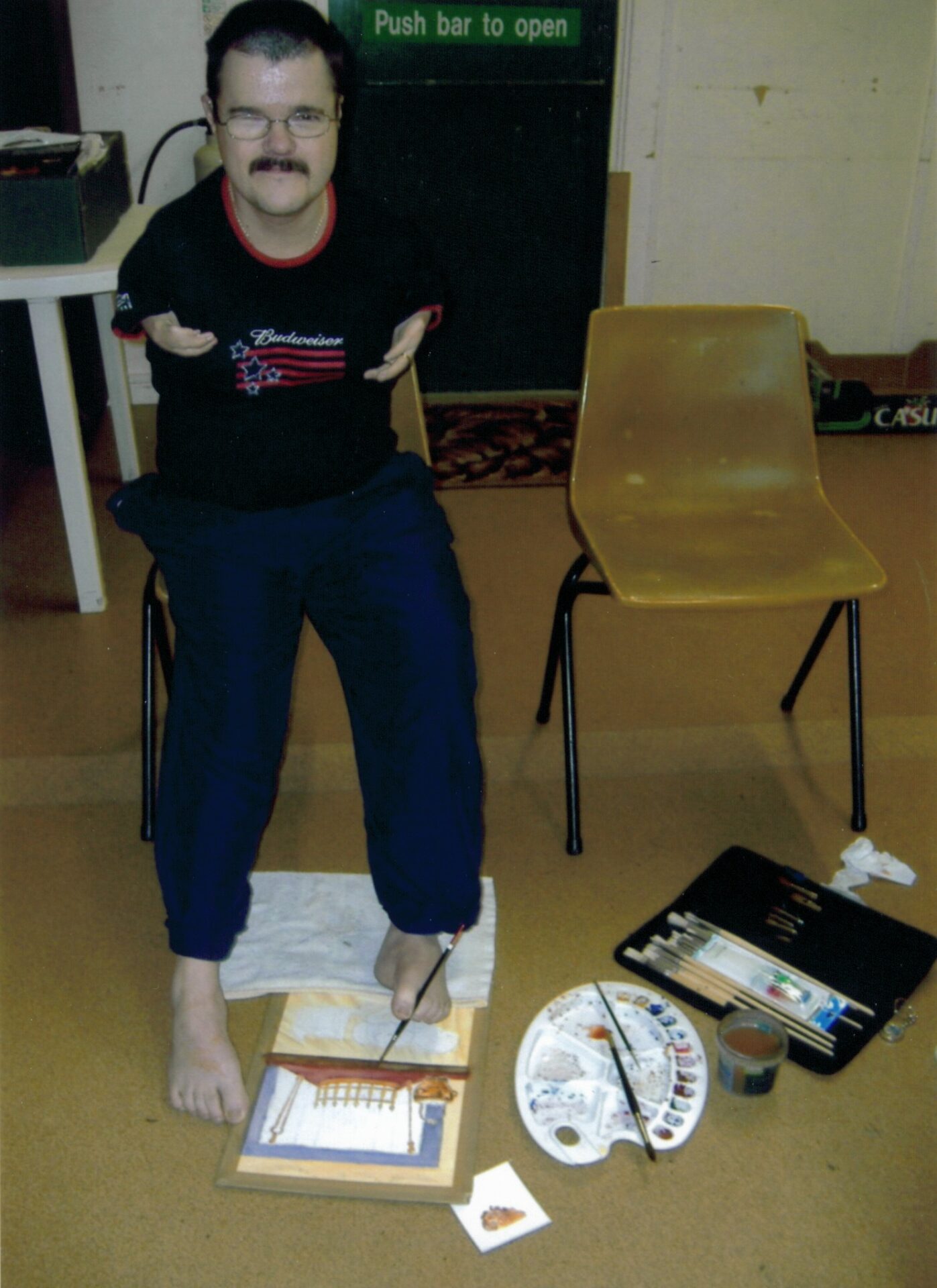 Born on 3 April 1962 in Corby Northants (Great Britain). Mr Read suffers from a disability caused by thalidomide. He has no arms and his hands extend from his shoulders. He was also born with a dislocation of the right hip. After several hip operations Mr Read learned to walk again. He attended the Chailey Heritage School for 11 years and then went to the Pendower Hall Special School. Subsequently he enrolled at college where he wanted to take a 3-year economics course, but after one year he had to go back to the hospital to undergo further operations. Mr Read is married and has an 8-year old son, 2 stepchildren and one step-grandchild. In 2004 he had another operation where he received a new right hip, and he had to give up his job. A long-standing acquaintance of his, Ms Katrina Gardner, student member of VDMFK since 2000, encouraged him to take up foot painting (he paints with his left foot). Currently, he takes lessons with Steve Waller and once a week with Katrina Gardner. Read paints with the foot. David Read uses watercolours to paint landscapes and floral themes.