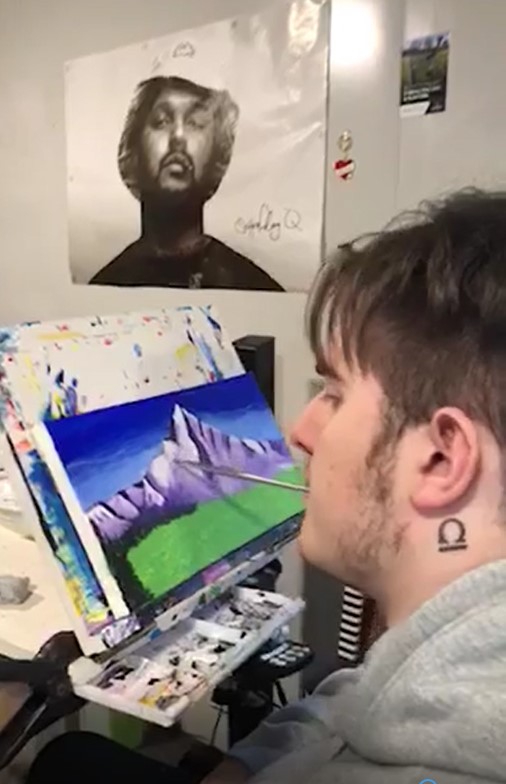 Leuka Raikes was born in Whanganui, New Zealand, on 20 October 2000. Leuka grew up with his mother in Whanganui, on the North Island of New Zealand, after his parents divorced. He attended school there, met his friends in his spare time, played hockey and rugby and boxed. He spent the holidays with his brother at his father’s home in Christchurch.
When he visited his father again in the autumn of 2016, he broke his 4th and 5th cervical vertebrae while trampolining. During his stay in hospital, Leuka met the mouth painter Pat Edmunds. He was inspired by him and after a year at home, Leuka began his first attempts at painting.
He wishes to improve and grow as a painter.