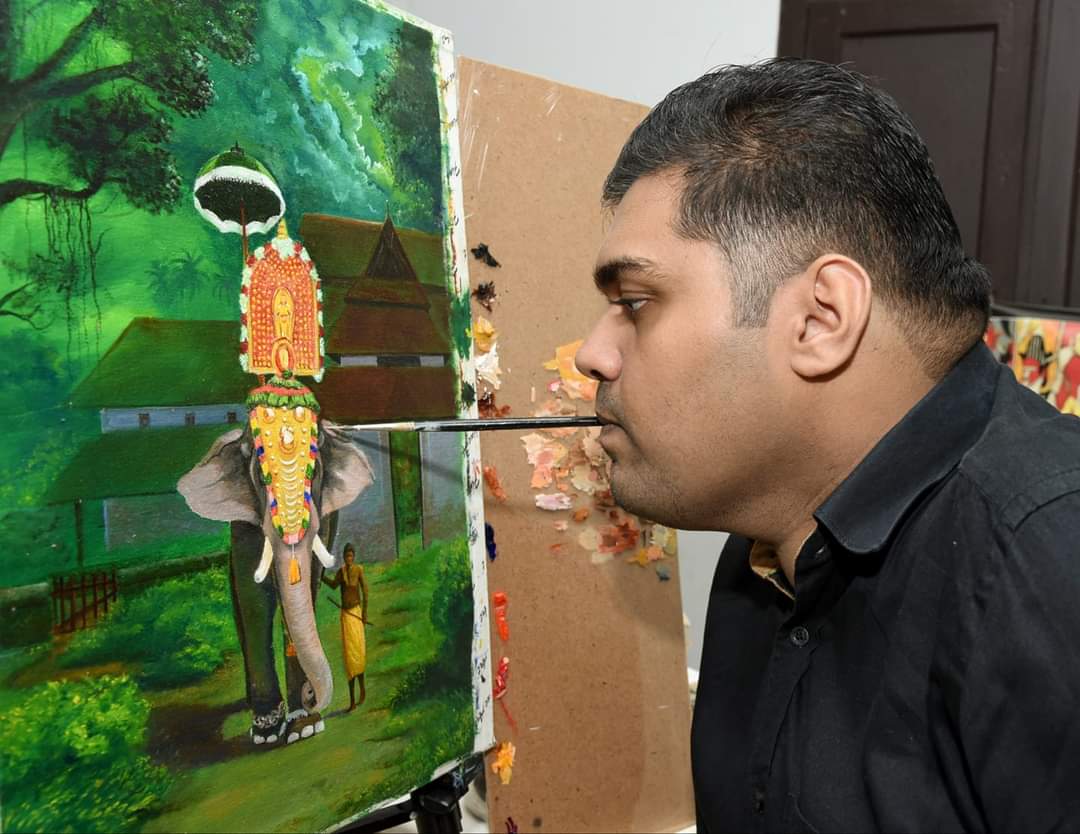 Jesfer Pulikkathody was born on 2 January 1985 in Malappuram. While still at school he painted using his hands, but due to the progression of his muscle atrophy he had to quit school. Over the years he learned to write and paint with his mouth. After reading the autobiography of the then president of India, he was so inspired and touched that he painted the president's portrait and had the opportunity to present it to him personally.

He has painted pictures for well-known Indian companies and is a member of the NGO «GREEN PALLIATIVE», a human rights and environmental protection organisation.