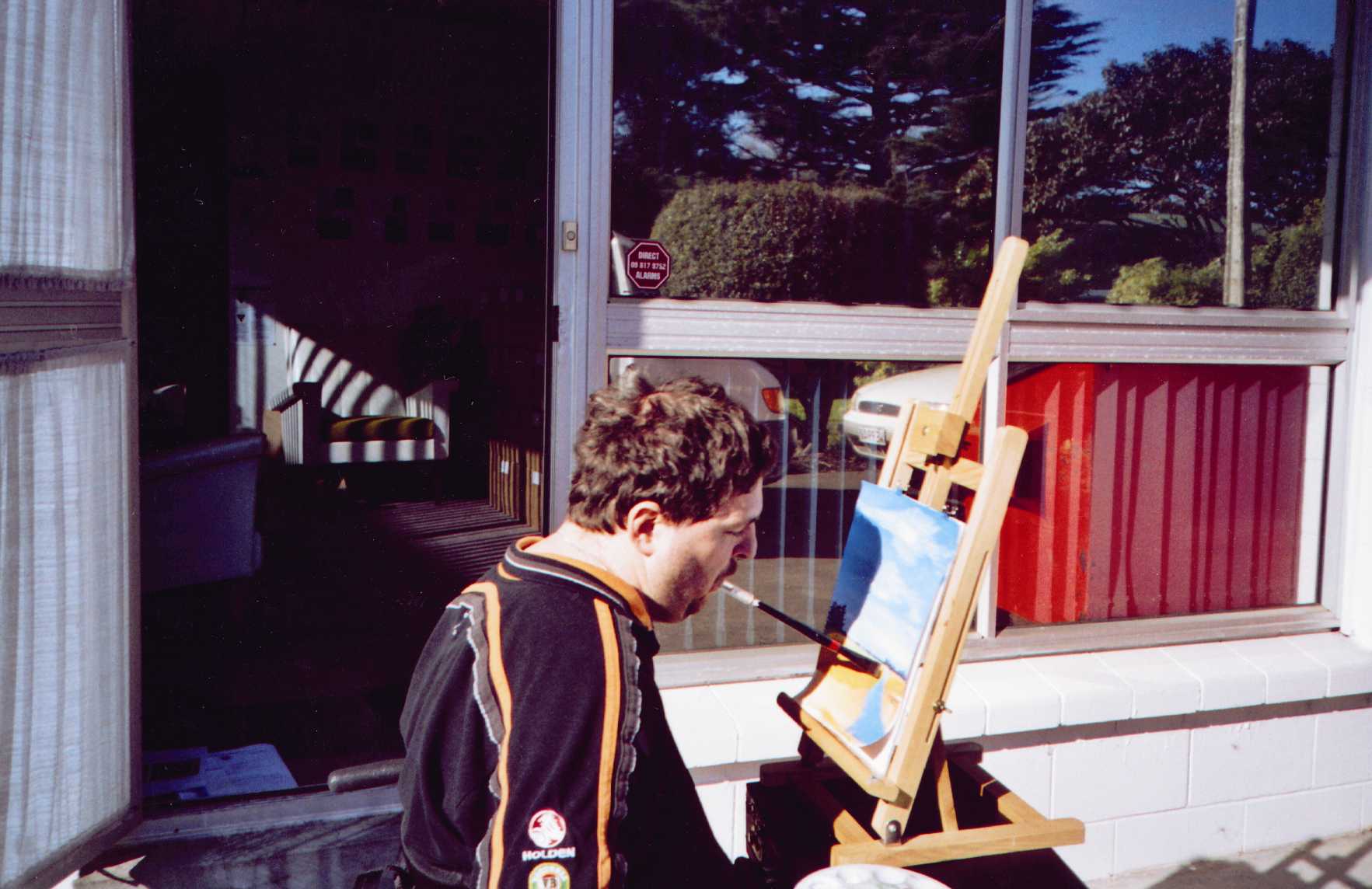 Born on 20 November 1970 in Devonport (Auckland). In 1989 he had a diving accident where he broke his neck and became quadriplegic. Prior to his accident he worked as an apprentice in the metal trade. He was also interested in motorcycle races and wanted to join the New Zealand army. In 1990 he began attending evening courses to learn computer design. In the past years he worked for a company which designs children's playgrounds for McDonalds New Zealand and McDonalds restaurants on an international level. In 2002 AMFPA member Grant Sharman introduced him to mouth painting, and he has already won the "Alex Craig Memorial Prize". His favourite subjects are the landscapes of his home country.