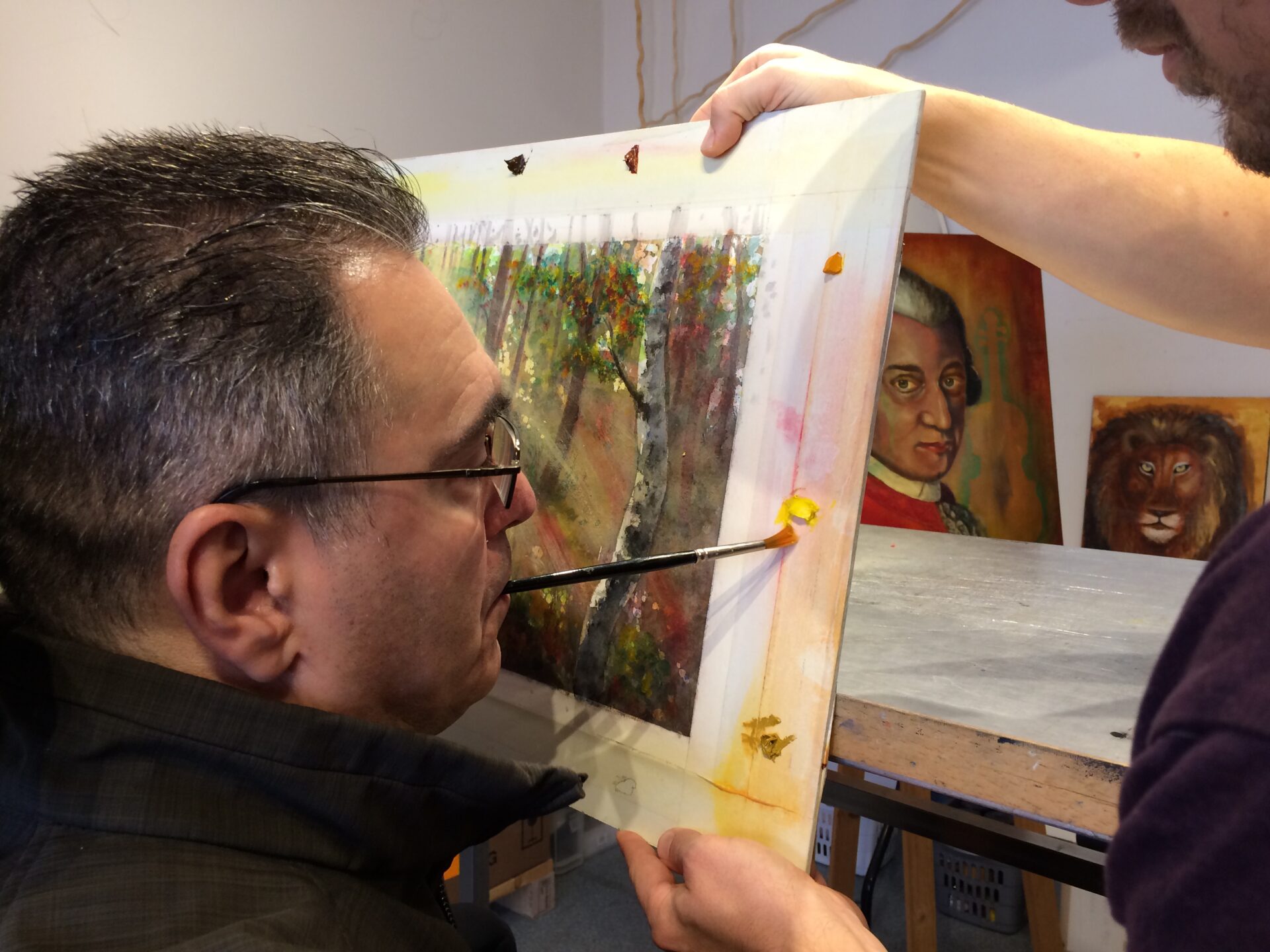 Born on 28 January 1967 in Teheran (Iran). He completed primary and secondary school and technical college. Since 1990 Pezeshki Farshad has been paralysed from the neck down due to a motorcycle accident (C3-C4 tetraplegia). As part of a therapy at the rehabilitation centre in Bad Häring, he began to paint with his mouth in 1992. Later, he stopped painting for many years but started again in January 2004. Since that time he has been taking regular lessons with Monika Weiss, a well-known artist. In addition to painting he likes to play the mouth organ and he organises Persian culture and music events and festivities in Salzburg.