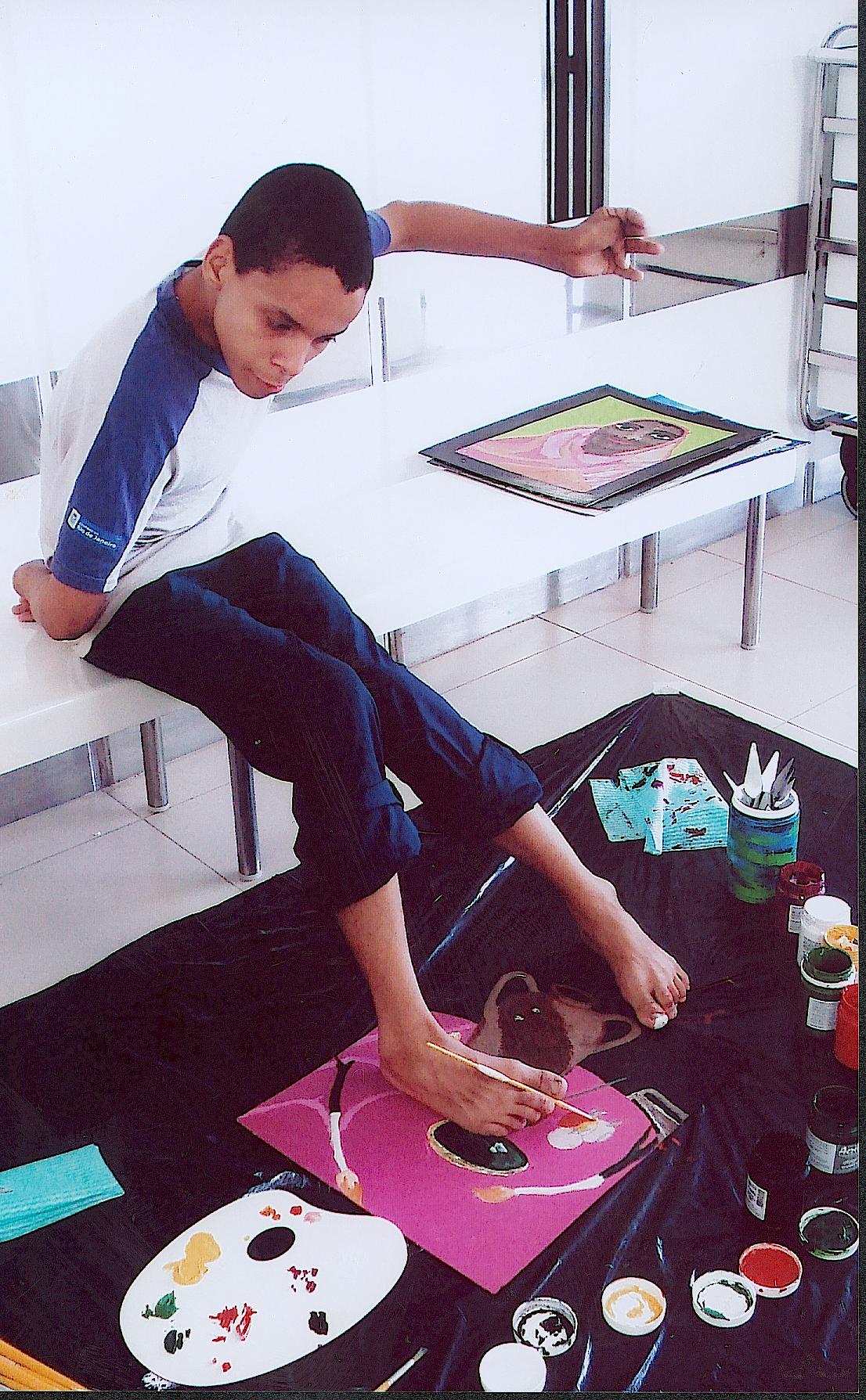 Victor Pereira Santos was born on 30 January 1992 in Ipiaú, province of Bahía. He was born two months early but was initially considered a healthy baby. When he was two months old his grandmother discovered that there was something wrong with him. He was taken to a neurologist who, after lengthy examinations, diagnosed cerebral palsy. Victor Pereira Santos is unable to use his arms at all and he also has a severe speech disorder. At a very young age he began to use his feet for simple activities of daily living. From day to day he became more adept at using his feet. Today he paints with his right foot. At present, he takes painting lessons at the centre for occupational therapy/rehabilitation at the Sarah Kubitschek hospital in Rio de Janeiro. That is where he met VDMFK student member Marcelo Cunha who encouraged him to become a professional artist.