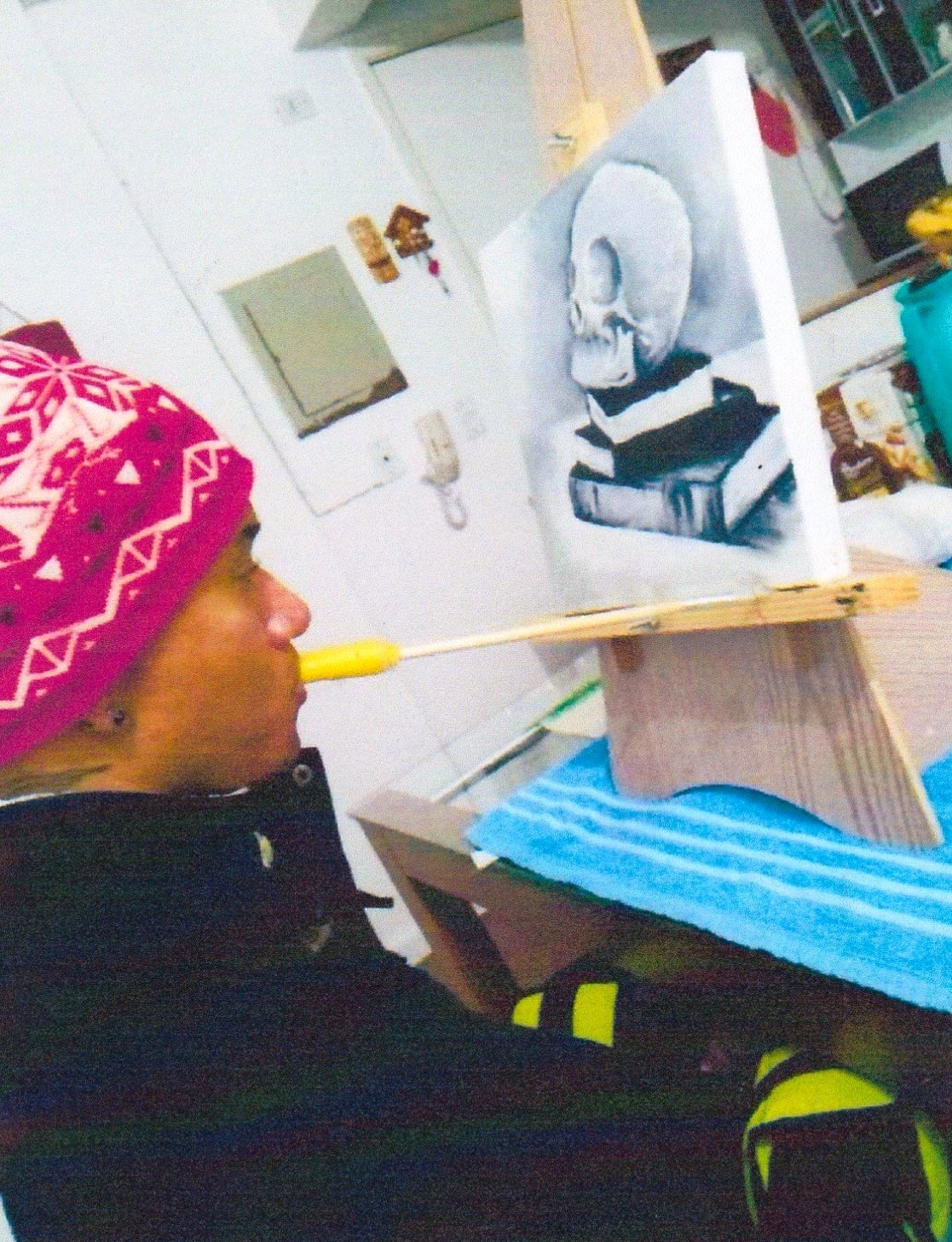 Marcos Paulo Silva Machado was born on 15 May 1985 in Salvador, Bahia.
When he was 6 months old, his mother moved to Sao Paulo with him and his two sisters.
After completing his schooling, Marcos worked in many places as a sales promoter, supermarket assistant, private driver etc. Later he was self-employed as a hairdresser and tattoo artist.
On 4 November 2016 while dancing capoeira with his friends he jumped and broke his 4th and 5th neck vertebrae.
After this day his life changed completely. He was hospitalised for 6 months at the Hospital das Clinicas.
Marcos Paulo had to start a new life from the bottom up. He began using his mobile phone with the aid of a touch stylus in his mouth.
Two years later he bought himself a table easel and some paints. He mixed colours and tried to paint picture of his own.