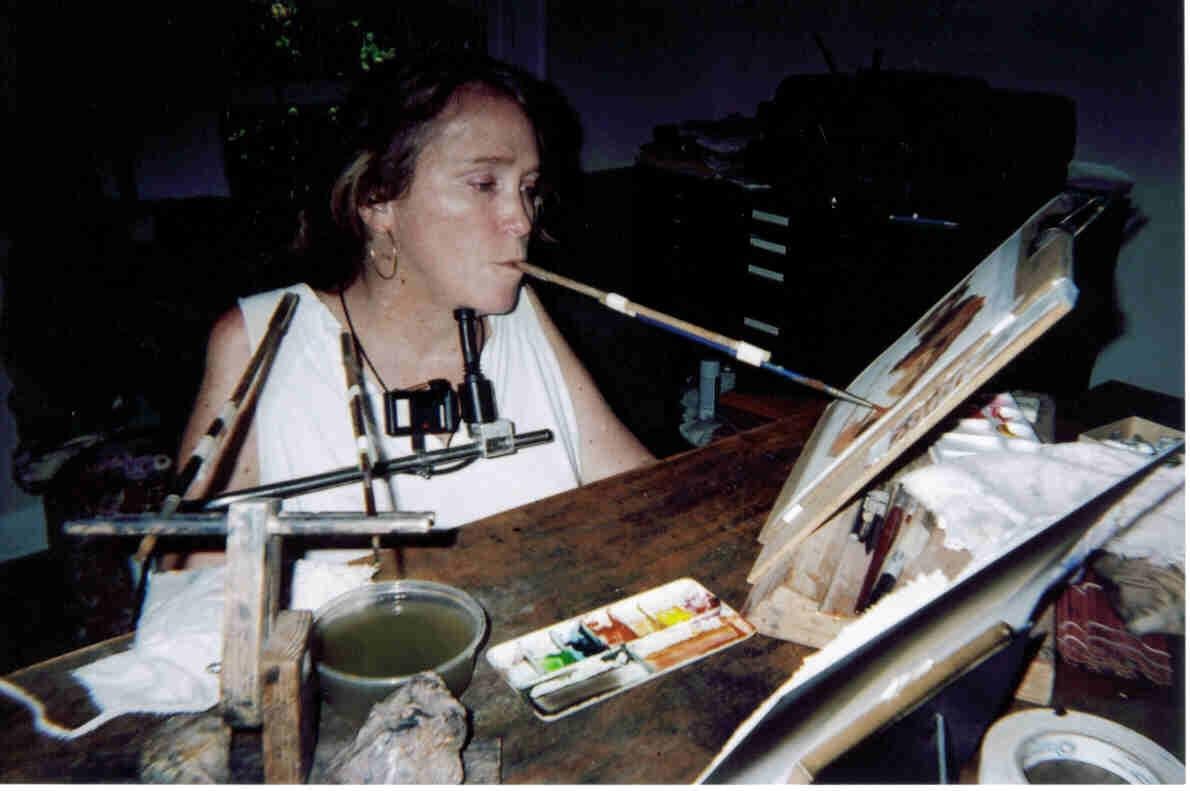 Sara Jane PARSONS was born on 4 January 1964 in Redwood City. At the age of 20 she had a traffic accident and became tetraplegic. She was no longer able to act out her creativity, she could no longer dye, knit or sew. She began studying at the juridical faculty in California. As a diversion from her studies she enjoyed nothing more than painting.

After passing the bar exam she travelled to Uruguay and did a painting of the house where she stayed. She enrolled in a painting course and fell in love with drawing the living figure and models. After the course she contacted painting groups who meet to paint figures.

Besides drawing figures she likes to draw organic forms such as the ones found in sea shells, especially broken ones. She predominantly uses watercolours and graphite, but also enjoys using gouache and Indian ink.