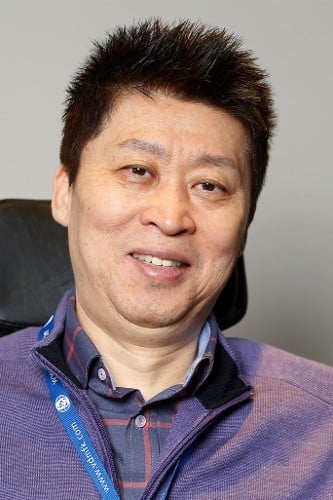 Jong Kwan Park had an accident at work in 1986 in which his fourth and fifth cervical vertebrae were fractured.  He has been paralysed in all four limbs since then and is unable to move his hands. He spent four years in hospital after the accident. It was during this period when he was seeking a new direction for his life that he met an art teacher who taught him how to paint. This was the start of and the motivation for his mouth painting. He learned about the Association of Mouth and Foot Painting Artists Worldwide in a television programme.  He received an VDMFK scholarship in 1993, which provided him with the opportunity to intensify his mouth painting. One year later he was made an associate member of the Association.

Jong Kwan Park most loves the floral still life, to which he has a highly individual approach. He also paints landscapes and animal subjects in intense colours and abstract form, primarily using the technique of oil painting. The mouth painter has been able to win a whole crop of awards for his work over the past few years and has participated in over 70 group exhibitions.