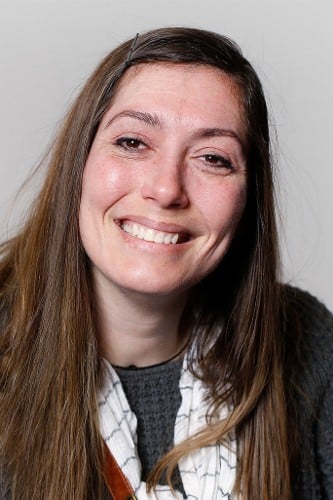 Mariam Paré was born in Morocco in 1975. As a young child she moved to the United States with her family. At the age of twenty she became the victim of gun violence which left her a quadriplegic. Before becoming injured, Mariam was an aspiring artist, studying Art. In a therapy session Mariam was taught to write her name by holding a pen with her mouth. She soon adapted this painting technique and enthusiastically began teaching herself to paint with her mouth. In 2006 she became a student member of the Association. In 2016 she became an Associate Member of the Association.

In 2003 Mariam went back to college to resume her Bachelor's degree in Studio Art. Over the next several years Mariam continued to develop herself as a mouth painting artist, participating in national exhibitions and showing her work in private galleries. As Mariam's involvement in the art and disability communities grew, she began to share her message of perseverance with audiences all over the world through TV appearances, news segments, and in print publications.

Today Mariam works in her home studio in Chicago producing artwork with different subjects in traditional oil, acrylic and modern mixed-media techniques. She is currently participating in collaborations with other artists in the areas of videography and photography.