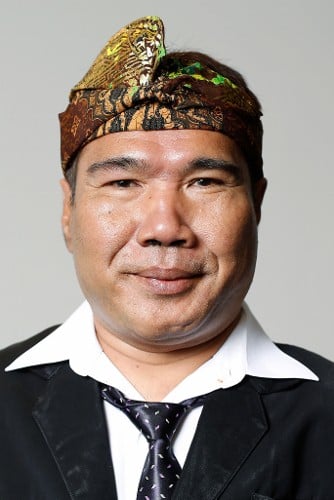 Sadikin Pard was born with no arms in Malang (Indonesia) on 29 October 1966. He attended primary and secondary school before completing his studies in psychology at the University of Muhammadiyah in Malang. In addition, he is extremely adept at working with computers.

Due to his disability, Sadikin began using his feet to carry out everyday activities very early in life. In time he also began to use them for drawing and painting. This led to the Association granting him a scholarship from 1989 onwards. In 2013 he became an Associate Member of the VDMFK.

Sadikin Pard prefers to paint in oils. His favourite motifs are landscapes and still life subjects as well as people and animals from his native country. Over the course of his artistic career he can look back on many exhibitions which have been widely praised in media reports. One of his hobbies is playing chess. The several prizes which he has won at national chess tournaments testify to his talent in this respect.